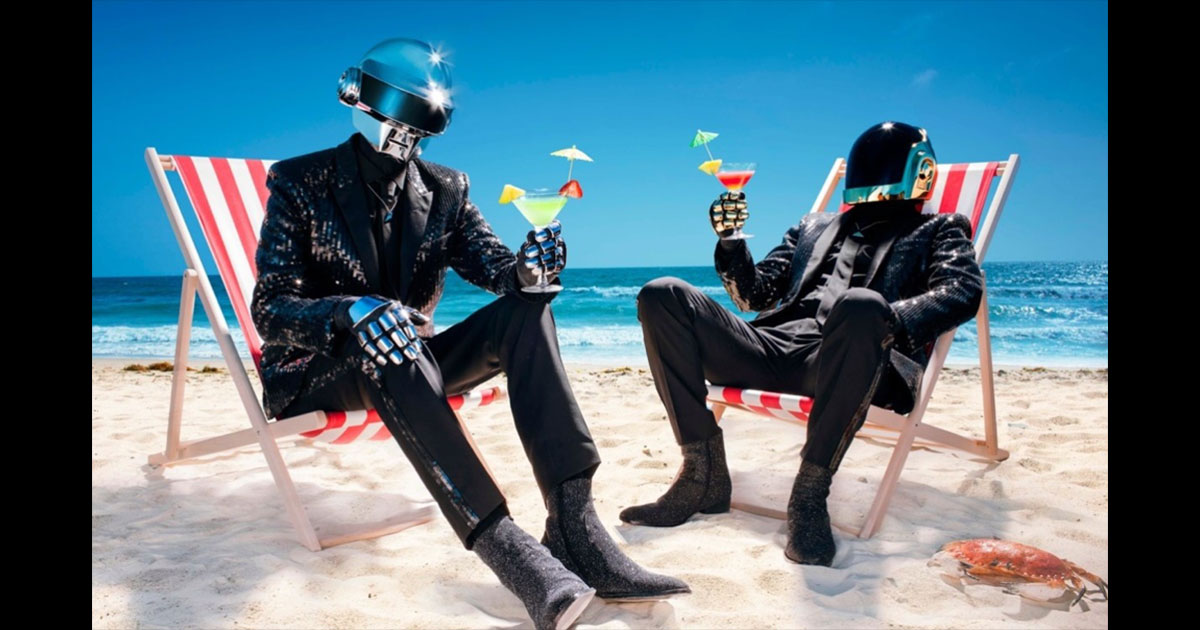 The mad geniuses (un)known as Daft Punk live in Paris? Well… sort of. Currently on view until August 11, 2019 at the historic Philharmonie de Paris, the robot duo (with human names Guy-Manuel de Homem-Christo and Thomas Bangalter) is making an appearance in an immersive exhibition about electronic music titled Electro: From Kraftwerk to Daft Punk. The exhibition features a new installation, Technologic Redux (2019), inspired by the single “Technologic” from the group’s 2005 Human After All album. You don’t want to miss this monumental exhibition on electronic music this summer!

At more than 120 BPM, electronic music sets the tempo on dancefloors around the globe. Originating in Chicago and Detroit in the 1980s, house and techno introduced radically new, machine-generated sonic landscapes inducing a rare state of physical ecstasy.

Featuring a soundtrack mixed by Laurent Garnier, it is firmly anchored in the present. The itinerary is the product of creative input and engagement from a number of the musicians involved: Kraftwerk, Daft Punk, Jean-Michel Jarre, Jacques and Molécule all appropriated the exhibition as a testing ground for their concepts and ideas.

Garnier, one of the pioneers of the late 1980s/early 1990s British “Madchester” scene, was a major influence on The Stone Roses, Happy Mondays, and The Charlatans UK, all of whom broke through the music scene by adding house rhythms to rock music.

The exhibit’s architecture is designed to provide a simulacrum of a rave, with auditory, visual, and participatory elements including sculpture, photography, video, and interactive installations. Original instruments–most notably Jean Michel Jarre’s synthesizers from his Guinness Book of World Records-setting massive open-air concert at the Place de la Concorde in Paris that attracted 1 million spectators–will also be on display.

Formed in 1993 in Paris, Daft Punk remains one of dance music’s most influential and iconic acts, blending acid house and techno with pop, indie rock, hip hop, vocals, and R&B. 2013’s Random Access Memories won Grammy Awards for Album of The Year, Best Dance/Electronica Album, and Best Engineered Album. The lead single “Get Lucky”–performed with Pharrell Williams and Nile Rodgers–won Best Pop Duo/Group Performance and Record of The Year. More recently, Daft Punk collaborated with the Weeknd on a pair of songs from his 2016 album Starboy, including the Billboard Hot 100 #1 hit title track.

Electric music pioneers (and significant influence to Daft Punk) Kraftwerk will perform their “3D Live” show for free at the exhibit Thursday, July 11 through Saturday, July 13.

Tickets for the exhibition can be purchased in advance.