“I want gay music by a gay composer.” 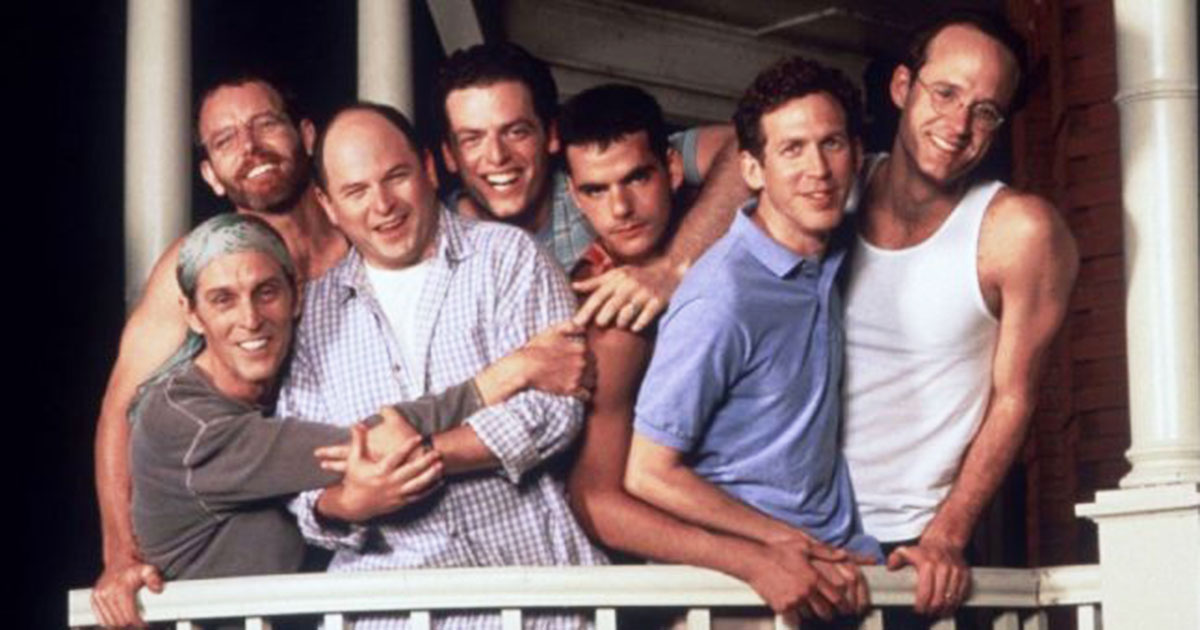 I want gay music by a gay composer.

Stephen Spinella was the original Prior Walter in Angels in America. In 1993, when he won a Tony Award for that play, he thanked his lover on national TV. In that same broadcast, the playwright Terrence McNally won a Tony Award for the Kiss of the Spider Woman musical and he talked about how he grew up loving show tunes. “Gay people on television!” I was thirteen and I was watching. In that moment, a world opened up for me. Gay men could live full lives. Gay men could have happy endings. Who knew?

Thusly, a year later, when Stephen Spinella was in Terrence McNally’s new play called Love! Valour! Compassion! (directed by Joe Mantello, who played Louis in Angels in America, no less), I dragged my mom to New York on the Amtrak to see it. This was my Avengers, I couldn’t miss it!

In case you haven’t figured it out, I’m a cis-gendered white gay man who grew up in the ‘90s. Accordingly, Terrence McNally has always meant a lot to me.

In Love! Valour! Compassion!, I saw gay men laughing with one another for the first time. Not only that, but I also saw casual affection between two men for the first time. This was 1995. We were still deep in the AIDS crisis and this was a play about men who were living with that burden and still caring for one another, who were still laughing. They weren’t victims or villains.

That night, I saw everything I didn’t have growing up in rural Boston: gay men thriving in their own family units because society (and oftentimes their own biological families) cast them aside. This struck a chord for a kid who would get black eyes at recess and got shoved on train tracks for taking ballet classes. There was a better world out there for gays! I just had to get through high school….

Time is funny. Terrence McNally’s life feels like the stuff of storytelling. He came from a time when one could mount a show downtown with a bare stage and it could be the toast of Broadway a year later. A time when a young man could move to New York from small-town Texas and wind up dating Edward Albee. A time when Audra McDonald only had one Tony!

Twenty-five years later, McNally’s work is still challenging and progressive. Revisiting the play today, what stands out to me most is how Love! Valour! Compassion! deals with two generations of gay men learning how to communicate with one another. That seems to be more relevant than ever. Suddenly, this time around, I’m the older generation, espousing the value of Madonna to a bunch of twinks who think Lady Gaga is the height of pop culture (she’s fine, but she’s not Madonna–never could be, never will be). Everything comes full circle. All these years later, I’m fortunate enough to have a gay family. They’ve been with me a lot longer than my biological family ever was.

Through Terrence McNally’s work, I not only found representation for who I was, but for who I wanted to be. That’s the power of really good art: it’s a mirror, but it also helps you see things a way you never imagined. Terrence McNally showed me a world I didn’t know could be possible–messy, honest, aspirational, and funny–like real life, only better. He will be missed, but his stories live on as long as we share them.

I still watch the movie version of Love! Valour! Compassion! every summer. It’s a perfect summer movie. I remember watching it in college with a boyfriend. We both loved the house. I still do. It’s a perfect house. Years later, when my best friend bought his house, we both laughed, and then we cried. It was a moment right out of McNally. We never imagined that as gay men, we’d live this long–let alone be able to own property. The promises of Love! Valour! Compassion! delivered after all.