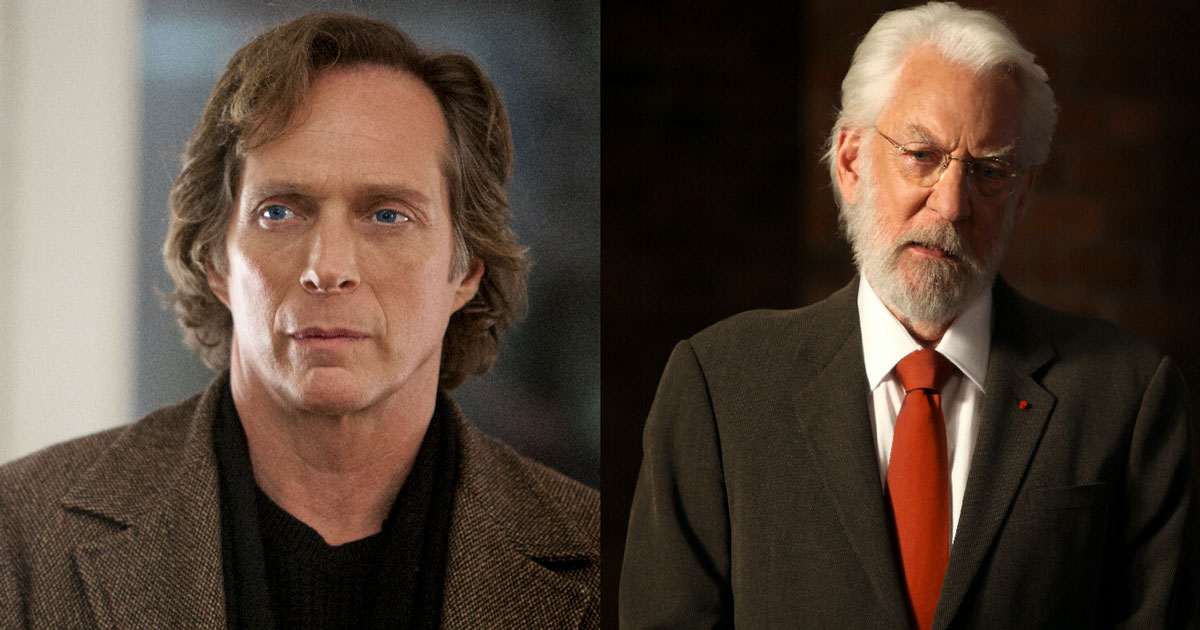 U.S. Cable Premiere of Season One to Air Monday, December 7

Former New York Police Department officer Carl Hickman (William Fichtner)’s life has fallen apart after he was injured on the job; he has become addicted to morphine and works as a garbage collector at a carnival in the Netherlands. He is recruited to join the International Criminal Court’s special crime unit. Based in The Hague, it investigates a variety of crimes that cross international boundaries. Donald Sutherland stars as Michel Dorn, one of the elite inspectors working for the International Criminal Court. The unit also includes a technical specialist from Germany, a crimes analyst and a human-trafficking specialist from France, and a weapons specialist and tactical expert from Northern Ireland.

A multinational police team is created to combat Europe’s rising cross-border crimes. And their first case is an invisible cross-border killer…

The team has solid evidence about the killer, and even a name – but the clock is ticking. He’s abducted one of their own, and plans to make her his next victim.

The ICC team has gained recognition, cross-border authority and even an office of their own. Now they must track down a gang of thieves who use deadly radioactive polonium as a weapon.

An abandoned car in Poland and a body found in Germany involves the team in a brutal fight club. The only way to crack it will be to risk becoming its victims.

The ICC team must solve the latest in a chain of deadly kidnappings before the ruthless criminals not only kill their victim but endanger Dorn’s life as well.

Maxim Marianski is still in the hands of his kidnappers as Louis suspects Russian mobster, Dimitrov, is involved. But Hickman has his own idea of who’s behind it.

A deadly bank robbery in The Hague traps one of the ICC team members inside with a gang of ruthless killers and threatens to ensnare another in the crime beneath the crime – a jailbreak.

The ICC team sets out to stop a revenge-fueled cross-border killing spree sparked by the theft of drugs and cash from an Italian crimelord and the kidnapping of his innocent daughter.

Anne-Marie is missing, Sebastian’s computer has been hacked, Hickman is framed for murder. It looks like the bad guys are somehow staying one step ahead of the team.

With Hickman’s nemesis Genovese in handcuffs, things are looking up for the team. Then Louis disappears, and Dimitrov finally presents a deadly ultimatum.

Tipped off that Genovese is in New York and into human trafficking, Hickman once again finds himself in a deadly face off with his nemesis.

A vengeful sniper is killing innocent people indiscriminately, while manipulating the team into giving him what he wants most.

Episode 4 “Everybody Will Know” airs Monday, January 18 at 7pm ET / 4pm PT
The team confronts teen suicides resulting from extreme Internet cyber-bullying as they desperately try to find the next victim and save him from killing himself.

The team investigates a series of vicious home invasions by an infamous German biker gang and time is running out for Sebastian who’s gone deep undercover for the first time.

Genovese arrives in The Hague to stand trial but just when they think they have him, the team learns he wants to make a deal: and it’s an offer the ICC can’t refuse.

A gang of beautiful women pray on elderly men by seducing them into marriage, methodically poisoning them to death and then disappearing with their fortunes.

An alarming number of deaths are reported after a tainted batch of cocaine sweeps across London.

A film director, talent agent and journalist are all victims of brutal murders. Our team foils the attempted kidnap of movie star Audrey Améris by an alleged stalker. When the team discovers the killings are connected, and Audrey goes missing, the team must unravel a bizarre tangle of murder, revenge and cover-ups.

A number of missing backpackers, presumed dead from accidental drownings, are quickly linked to a serial killer with ritualistic habits.

A double prison break, as well as a number of murderous jewellery heists, call for the help of our team when a prison psychiatrist is taken hostage.

The gang’s murderous rampage reaches a fever pitch as the team frantically sifts through the layers of deceit and, ultimately, deals with unexpected tragedy.

Episodes will also be available on demand and on the Ovation NOW app.

Season Three will air in February 2021.