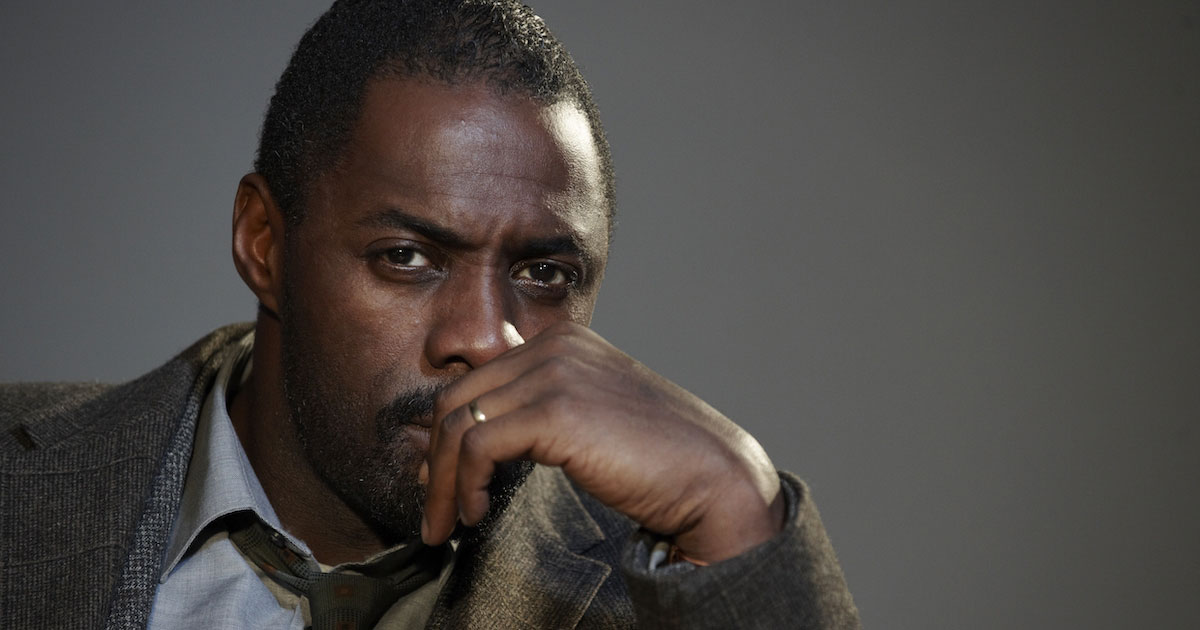 Elba is no stranger to the arts network, as Ovation TV has previously aired the Daniel Vernon documentary Mandela, My Dad and Me, produced by and featuring Elba, about Elba’s time working on a music album inspired by his starring film role in Mandela: Long Walk to Freedom. The arts network also recently aired the Elba-produced Richard Terry documentary Cut from a Different Cloth, which follows Elba as he teams up with Superdry founders Julian Dunkerton and James Holder to launch a new fashion line.

A detective working for London’s Serious Crime Unit, Luther is a dedicated policeman, an inspired maker of connections and a whirlwind genius. He is dazzling, obsessive and sometimes dangerous in the violence of his fixations. Throughout the series, Luther faces a succession of psychological duels between hunter and hunted, predator and prey. But as the stakes get ever higher and more personal, Luther’s lonely path pulls him towards the very edge of temptation.

Luther (Idris Elba) returns to work after a traumatic arrest to investigate the murder of a former child genius’s parents, and quickly deduces that their daughter is responsible. However, he is unable to find evidence to convict.

A gunman is murdering uniformed police officers and warns that there will be further shootings unless his terms are met. Luther (Idris Elba) is determined to flush the killer out.

John Luther (Idris Elba) is on the trail of a satanic occult killer who kidnaps a woman but leaves her baby in the living room. Things get harder when a man accuses Luther of attacking him. Things take a grisly turn when the woman is found.

When a serial killer goes on the rampage, Luther (Idris Elba) must put his personal life aside and delve inside the murderer’s mind to discover what is driving him to kill so many girls, and why.

Luther (Idris Elba) and the team are after the people involved in the violent kidnapping of Jessica Carrodus (Donatienne Dupont) and they are in search of diamonds.

Luther (Idris Elba), suspected of murder, goes on the run to try and prove his innocence. With Alice (Ruth Wilson)’s assistance, they set out together to exact revenge on the real killer.

Still plagued by the death of his ex-wife, Luther (Idris Elba) returns to work to face a surreal and nightmarish case of a masked murderer determined to enter into folklore.

As Luther (Idris Elba)’s affection for Jenny (Aimee-Ffion Edwards) grows, so does his determination to protect her and help her back on her feet. Baba (Pam Ferris), however, is determined to keep Luther on a tight leash.

Luther (Idris Elba) investigates the case of a fetishist who is murdering women which is similar to an unsolved case from the 1980s. The team attempt to catch the copycat killer, whose murderous spree has only just started.

Luther (Idris Elba)’s date with Mary (Sienna Guillory), and the promise of romance, is interrupted by the news of another murder. The killer has struck again – the number of victims is escalating fast.

In what looks like a gangland crime – two hoodies are shot at close range. But an unconnected crime sees Luther (Idris Elba) make an un-connected connection that might provide the real answer to what happened.

Marwood (Elliot Cowan) makes his vendetta personal – targeting Luther (Idris Elba) and those closest to him, raining destruction on everything he touches.

While on a leave of absence, Luther (Idris Elba) is suddenly dragged back into his former life in London to battle the demons of his past and to stop a cannibal serial killer.

Will a cold case unlock the mystery from Luther (Idris Elba)’s past that is haunting him? The detective is forced to put himself and Emma (Rose Leslie) in danger to stop the serial killer’s end game.

Episodes will also be available on demand.