INSIDE THE ACTORS STUDIO’S JAMES LIPTON DIES AT 93

James Lipton, the multi-hyphenate actor-iconoclast of Inside the Actors Studio fame has died at 93. Lipton, an actor, writer, producer, and dean spent his life making the theatrical arts mainstream and relatable for all Americans. Inside the Actors Studio, his most well-known creation has been viewed by over 80 million people in over 125 countries.

Lipton was born in Detroit, Michigan to Jewish immigrant parents and he went to work at an early age. He moved to New York after serving in the Air Force and fell into the world of radio, portraying the Lone Ranger’s nephew on The Lone Ranger. He wrote for several soap operas and also acted on The Guiding Light for over ten years.

Lipton was not content to rest on his laurels and studied acting with some of the luminaries of the 20th century. He worked under Stella Adler and studied voice and ballet. His eclectic career also included multiple stints on Broadway and several novels.

Lipton created a class called Inside the Actors Studio where he interviewed successful arts professionals to expound upon their experiences onset and onstage. The program offered unparalleled access to some of the most important artists of our time, including Paul Newman, Halle Berry, Meryl Streep, and Robin Williams.

In his later years, Lipton continued acting on shows like Arrested Development, Family Guy, and Glee. Lipton was also a pilot who enjoyed spending his leisure time flying the friendly skies. He is survived by his wife Kedakai Turner Lipton.

Lipton will be remembered for his passion, dogged spirit, and indelible contribution to the world of performing arts.

Celebrate James Lipton’s legacy and stream Inside the Actors Studio’s 250th episode on your desktop or on Ovation NOW, no login or subscription necessary. 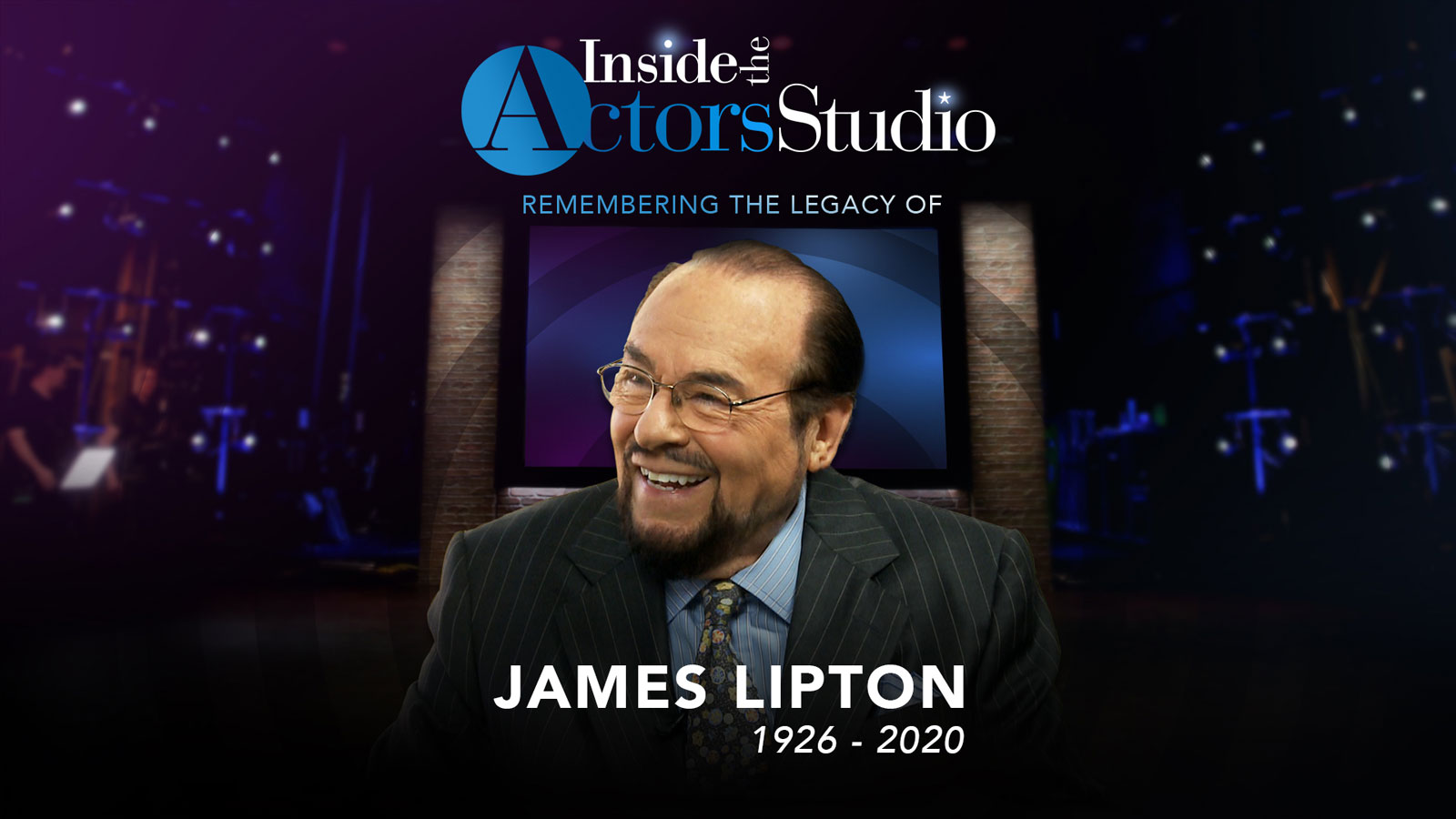