Los Angeles, CA: Ovation, America’s only arts network, has acquired the non-exclusive U.S. broadcast rights for select seasons in a multi-title deal with all3media international. The deal is for seasons 7 and 8 of Travel Man (8 x ’30, 1 x 60’ Christmas special), seasons 7 to 11 of Midsomer Murders (38 x 120’), and two seasons of Gordon’s Great Escape (7×60’). The announcement was made today by Scott Woodward, EVP Programming and Production, Ovation.

In Travel Man, Richard Ayoade’s aim is to get maximum holiday value from the minimum time expended. He’s cold, he’s calculating, he’s ruthless. This is travel without mercy. Joining Richard for season 7 are Eddie Izzard for a trip to Ljubljana; Frank Skinner in Zurich; Jessica Knappett in Ibiza and Morgana Robinson in Milan. Guest travelers joining Richard for season 8 include comedy goddess Dawn French who journeys with Richard to Athens for some ancient history, doughnuts, molecular food, ouzo, and a radical pedicure involving a toothless fish; and Nish Kumar as the pair head to Porto for a tipple or two, a fat sandwich, pastries, confession, and some amazing views of Portugal’s second city. Also includes the 96 Hours in Jordan Christmas Special with David Baddiel.

Midsomer Murders is based on the award winning detective novels by Caroline Graham – blackmail, intrigue, deceit, adultery and murder abound, as the dastardly goings on in the seemingly idyllic county of Midsomer are unraveled by DCI Barnaby (John Nettles). 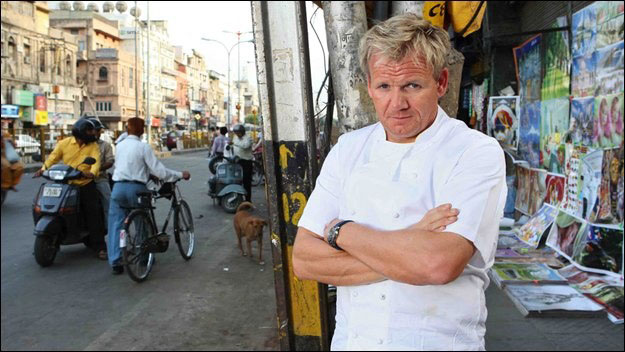 In Gordon’s Great Escape we see chef Gordon Ramsay leave his hectic professional life behind him as he embarks on a pilgrimage for fresh flavors. Having a lifelong love of curry, Ramsay travels to India for the first time. While there he experiences the stunning diversity of its culinary traditions, immersing himself in all aspects of Indian culture, no matter how challenging, unfamiliar or extreme.

Travel Man and Gordon’s Great Escape will air in 2020.