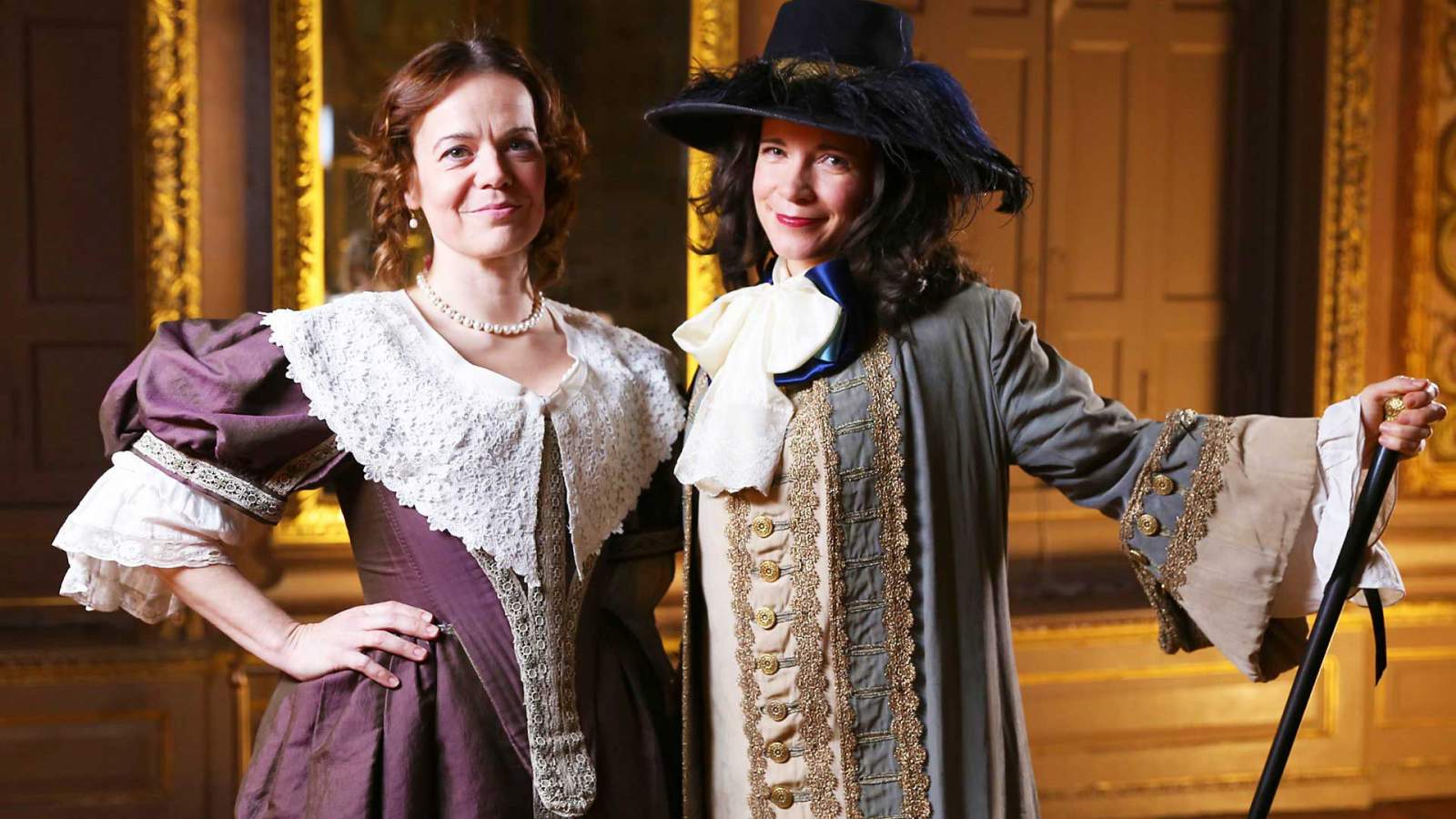 A Mix of Original Behind-the-Scenes Specials, Series Catch-up Shows, and Versailles Travelogues, as well as Historical Documentaries and a Marathon of Seasons 1 & 2 to Provide a Versailles Celebration Fit for a King

Los Angeles, CA: In anticipation of the October 6 premiere of the third and final season of the historical drama series Versailles, Ovation, America’s only arts network, has created a banquet of programming delicacies for hungry fans who’ve been starving for the series return.  The network has produced behind-the-scenes specials featuring interviews with the cast and crew, catch-up shows to get new fans up to speed on all the goings on in the court of King Louis XIV, and a travel special that takes viewers on a tour of city of Versailles today, including its famous Chateau. In addition, Ovation has acquired several documentaries on the history of Versailles, as well as some of its famous (and infamous!) residents throughout the centuries.

Here’s what’s on the royal menu:

The Rise & Fall of Versailles – available on VOD starting August 13.

Louis XIV, Louis XV and Louis XVI: Three kings, three reigns, three stories. This collection offers a sensitive and endearing portrait of the monarchs and recreates their life, loves and political willpower. From the Sun King, admired by the court and his subjects, to Louis XVI, the only King of France ever to be executed, we will revisit the Versailles of the 18th century until the French Revolution. Filmed in the spectacular staterooms, bedrooms and gardens of Versailles itself, brings the 150-year reign of France’s three most famous monarchs to life, with the help of interviews of the world’s leading specialists.

“Versailles: Behind the Scenes” takes fans on a journey that reveals the mysteries, intrigues and love affairs of the extravagant court of Louis XIV. Plus, find out all about the dramatic dangers inside the palace and beyond coming up in season three. (Airs on Ovation on Monday, September 3 at 7am ET)

Lucy Worsley and Helen Castor tell the real-life stories behind one of the world’s grandest buildings. They reveal in vivid detail the colorful world of sex, drama and intrigue that Louis XIV and his courtiers inhabited.

The Queen’s Hamlet is a palace disguised as a peasant’s cottage hidden in the Versailles gardens.

A romantic hide-away, Marie-Antoinette conceived it as a reminder of her carefree youth in Vienna. The Revolution left it for a ruin, but two centuries later its renovation begins. In summer 2017, it reopened to the public restored to its original glory, as an extraordinary jewel of Versailles. Following the restoration, this docudrama will uncover Marie-Antoinette’s greatness as a master of fashion and style and revisit the saga of France’s legendary Queen, from Vienna to her demise on the Guillotine. An intimate portrait of a ‘too-modern woman’ caught in the whirlwinds of History. (Airs on Ovation on Saturday, September 8 at 10pm ET)

Host Carly Steel checks out the best things to do in Versailles, France. From the famed palace and gardens to the extraordinary chateau that helped inspire it, to the quaint local shops and cuisine, explore what makes Versailles such a special place.

Catch up on Season One and Two, and get a sneak peak of Season Three of Versailles, Ovation’s epic series that explores the opulence and decadence of France’s Sun King, Louis XIV. (Airs on Ovation on Thursday, September 13 at 2pm ET)

Versailles: The Final Act celebrates the enormous success of the hit series Versailles while saying goodbye to the iconic series we’ve come to know and love. The actors, producers, writers, crew and fans all weigh in on the series. (Airs on Ovation on Saturday, December 15 at 10pm ET)

The Versailles celebration will continue off air as well. Ovation will be airing an exclusive Facebook Live talk show called Inside Versailles on its official Facebook page every Saturday night immediately following each new season three episode. Host Chelsea Cannell will chat with cast members Tygh Runyan & Evan Williams about all the twists and turns in the storyline, dastardly deeds, diabolical plots, and, yes, sex and romance! The talk show will also feature fun questions and games with fans, and a teaser of the next week’s episode.

For more information and to view the trailer, visit http://www.ovationtv.com/versailles