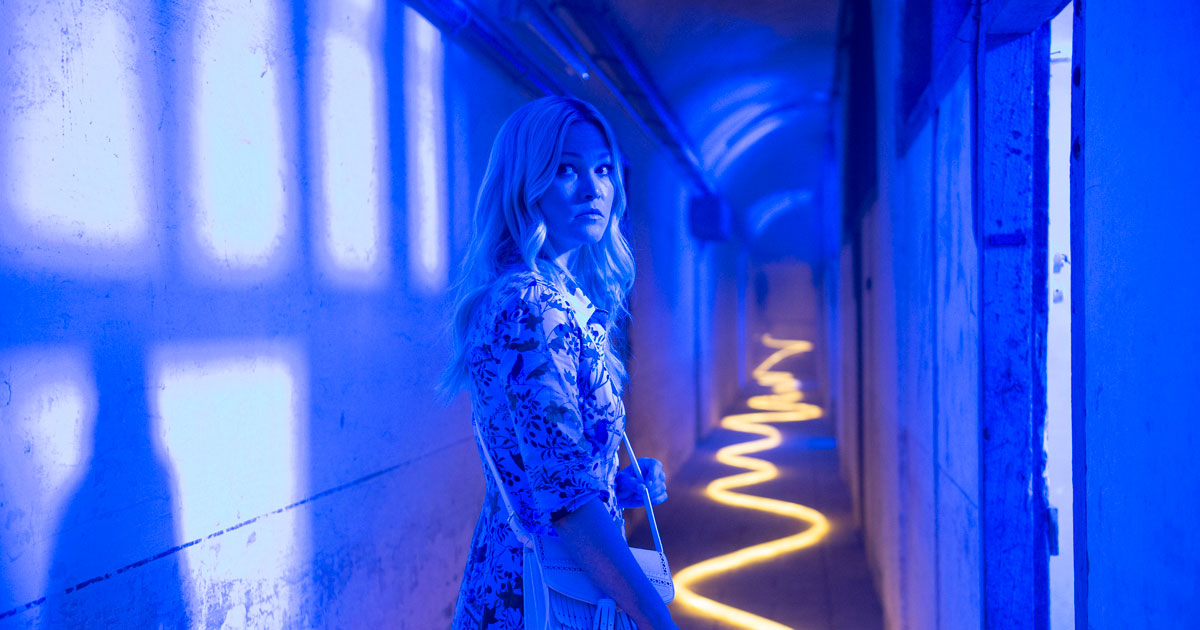 Los Angeles, CA: As previously announced, Ovation TV, America’s only arts network, has acquired the U.S. broadcast rights for the second season of the Julia Stiles-led drama series Riviera. After a successful first season, the thrilling drama series, set in the art world, will begin airing season two on Saturday, May 8 at 7pm ET / 4pm PT during the network’s Mystery Alley programming block. Launched in August 2020, Mystery Alley is Ovation TV’s Saturday night linear destination that celebrates the craft of mystery storytelling; from the intricate plots, complex characters, to visual style and cliffhangers.

In the second season of Riviera, Georgina (Julia Stiles) tries to find a way to live with her actions from the season one finale, but secrets from her past wash up on the sandy shores of the Cote d’Azur that force her to explore her turbulent childhood against her will. Following an unprecedented and unavoidable visit to her childhood home, Georgina returns with a refreshed sense of self to re-establish her power and position in the family alongside her charismatic confidant, uncle Jeff (Will Arnett).

Georgina very quickly becomes acquainted with the Eltham family, an English dynasty that sail in to the Cote d’Azur providing its shores with a dose of new money and glamour. She goes on to form relationships with the whole family, some that appear genuine from the outset and others that unravel around her as secrets, old and new, become exposed. Joining returning cast members Lena Olin, Dimitri Leonidas, and Roxane Duran are new cast members Juliet Stevenson, Poppy Delevingne, Jack Fox and Alex Hanipekum.

Viewers tuning in to Riviera will also be presented with behind-the-scenes featurettes, highlighting the series’ bold female characters, new cast members, and deeper insight on the dramatic storylines of the new season; including the Shakespearean drama that unfolds due to the conflict between the two families, and the timeless battle between new money vs. old money. The featurettes will be broadcast on-air, with extended versions on the Ovation NOW app.

Caught in the eye of a torrential rainstorm hours after disposing of a body, a distressed Georgina is pulled from the sea by Raafi Al-Qadar, a wealthy businessman on honeymoon with his wife Daphne.

Christos chairs the first meeting of the Clios bank’s shareholders as CEO, but is warned that only his resignation to allow a new figurehead to take over the reins will secure the bank’s future. Georgina is taken aback when the police arrive to question Daphne and Nico over the death of Raoul. Irina begins to become increasingly suspicious of Georgina’s involvement in Adam’s disappearance.

Georgina returns home to New York for her father’s funeral, with a skeptical Irina and Adriana in tow, who are determined to find out why she claimed her father died years ago. With the help of her uncle Jeff (Will Arnett), Georgina tries to unravel the truth about what really happened to her mother twenty-five years ago.

Irina and Georgina come head to head when a body wrapped in a sail bag washes ashore. Unable to keep her silence any longer, Georgina finally reveals the truth about what happened to Adam – but warns Irena that revealing the truth may destroy what little is left of the Clios empire.

Georgina and Noah continue the search for the stolen Vermeer, with a little help from Georgina’s contacts on the black market. Irina informs the family of her decision to declare Adam officially missing.

Georgina confesses the truth to a horrified Jeff. While he confronts a distraught Irina over her behavior, Cassandra’s secret finally gets out. Georgina is called to the fort where she comes face to face with Constantine.

Georgina uses Raoul’s memorial to channel her grief over Constantine’s death, while Nico sets his sights on the Clios empire, dropping a bombshell that threatens to explode the family. And Georgina learns Noah isn’t all he seems to be…

Georgina has to reveal the truth about Constantine to the family to try and protect the Clios empire from Nico. The ensuing chaos leads Georgina to resort to desperate measures.

Georgina learns the truth about Nico – but as she homes in on the proof, events take a horrifying turn. Jeff’s loyalty to Georgina is pushed to its limit, while Irina threatens to crack under pressure as the family’s suspicions grow.

With Irina gravely ill, Georgina sees the terrible damage that her lies and actions have caused the family. Adriana reels with guilt and runs to the Elthams, while Christos begins to piece together the jigsaw puzzle of Georgina’s lies.

Episodes will be available on demand and on the Ovation NOW app the following day.

As an independent television, production, and digital media company, OVATION TV has an unparalleled commitment to the arts, culture, and captivating entertainment.  Showcasing a lineup of critically-acclaimed premium dramas, specials, documentaries, and iconic films, OVATION TV salutes innovative storytelling with popular programming that includes Inside the Actors Studio, Murdoch Mysteries, Riviera, Frankie Drake Mysteries, Miss Fisher’s Murder Mysteries, The Fall, Luther, Midsomer Murders, Landscape Artist of the Year, Grand Designs, Amazing Hotels, Chasing the Sun, and Anthony Bourdain: No Reservations. Ovation also powers JOURNY, the dedicated streaming service where art, culture, and travel intersect.  The company has provided more than $15M in contributions and in-kind support to arts institutions and arts education.  Its signature advocacy platform, STAND FOR THE ARTS, includes a coalition of over 130 arts organizations, cultural institutions, and arts leaders throughout the country raising awareness about art’s positive impact, protecting access for everyone, and encouraging action on behalf of the arts.  OVATION TV is available on major providers via cable, satellite and telco systems including Comcast Cable/Xfinity, DIRECTV, AT&T TV, SPECTRUM, Verizon FiOS, as well as on demand.  You can follow OVATION TV on Facebook, Twitter, YouTube, Instagram, OvationTV.com, and through our App, OVATION NOW.