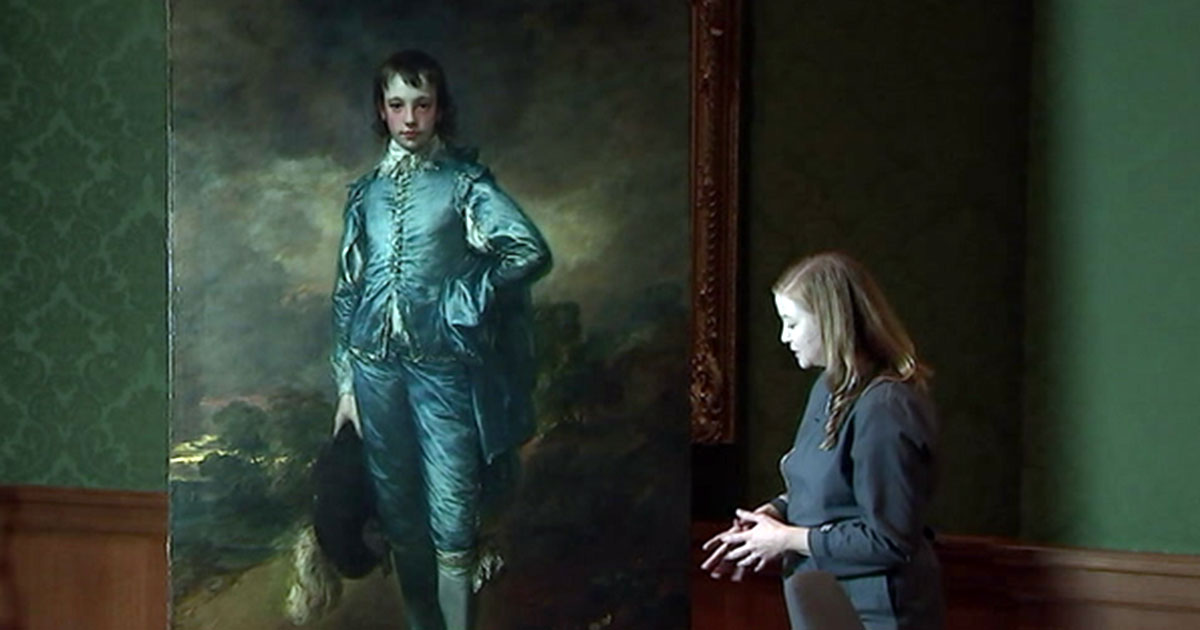 The Blue Boy, painted in 1770 by renowned English artist Thomas Gainsborough, is one of the most iconic paintings in British history. Nearly 250 years old, the painting’s canvas lining has begun to separate. Paint has also started to lift and flake. For the past year, the masterpiece has been undergoing conservation treatment and research under “Project Blue Boy”. You can watch the conservation process at work (in public view!) at The Huntington, located in San Marino, CA, from now until Sept. 30, 2019.

In 1921, Henry Huntington (founder and past resident of the Huntington Library) and his wife made the outrageous decision to purchase The Blue Boy, which newspapers claimed was the “world’s most beautiful picture,” for a grand total of $728,800 ($51 million today!). After 100 years, The Blue Boy still stands tall, chest puffed out, dressed in his blue costume at The Huntington. 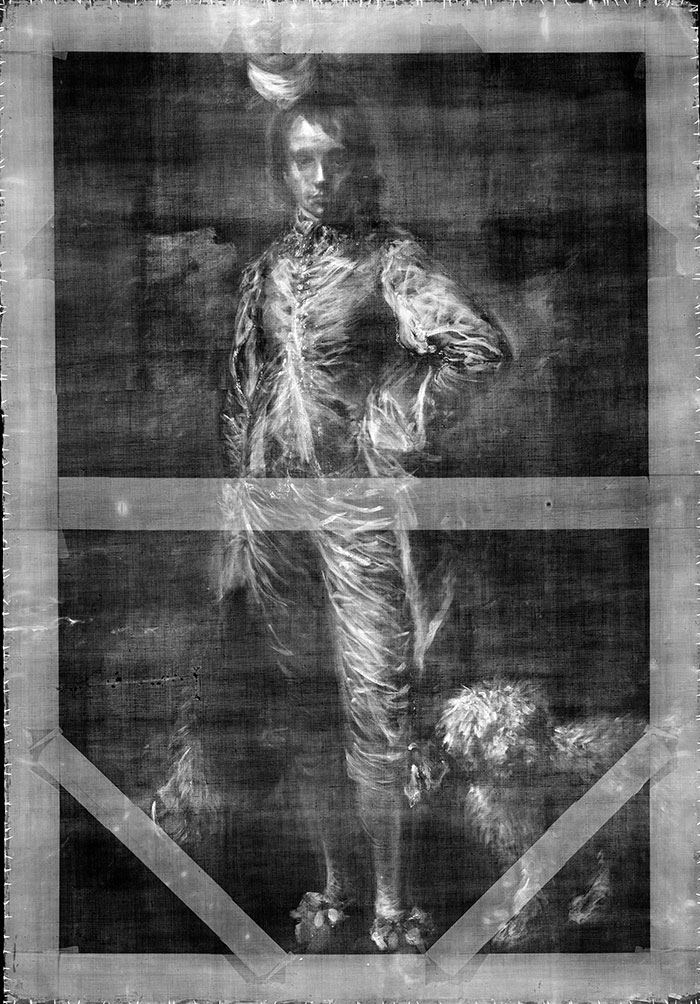 The painting was not always the way it is today. Among the technical processes being utilized in Project Blue Boy are normal light photography, digital x-radiography, and infrared reflectography. In 1939, an X-ray revealed that there was a dog originally to the right of blue boy. Some historians believe that the artist decided to paint over it due to the fact that, between the dog and the hat, there was simply too much fluff!

The portrait depicts a boy whose confident stature and remarkable clothing has entranced viewers for centuries. Although the identity of the boy is unknown, he is thought to be a family friend of the artist, Jonathan Buttall.

If the blue boy is really Jonathan Buttall, royalty would be out of the question, even though the color blue is typically symbolic of royalty. It is believed that he was painted in blue because of the artist’s rival with Sir Joshua Reynold, another English painter during the time, who specialized in portraits and strongly believed that colors in a picture should only be warm.

The painting was first taken down in 2017 so Christina O’Connell, Huntington’s senior paintings conservator, could examine the painting and map out a plan for Project Blue Boy. However, before she could begin recovering the painting, she teamed up with Melinda McCurdy, Huntington’s curator of British art, to administer a thorough technical examination of the piece. Chistina began working on Project Blue Boy on September 22, 2018.

According to O’Connell, her goal is to “stabilize the painting and remove the discolored layers, so we can better appreciate the current state of the original work.” She will work to remove yellow buildup and trapped dirt in order to restore the deterioration beneath the painting. Thanks to O’Connell’s conservation treatment, The Blue Boy can live on for another 250 years! 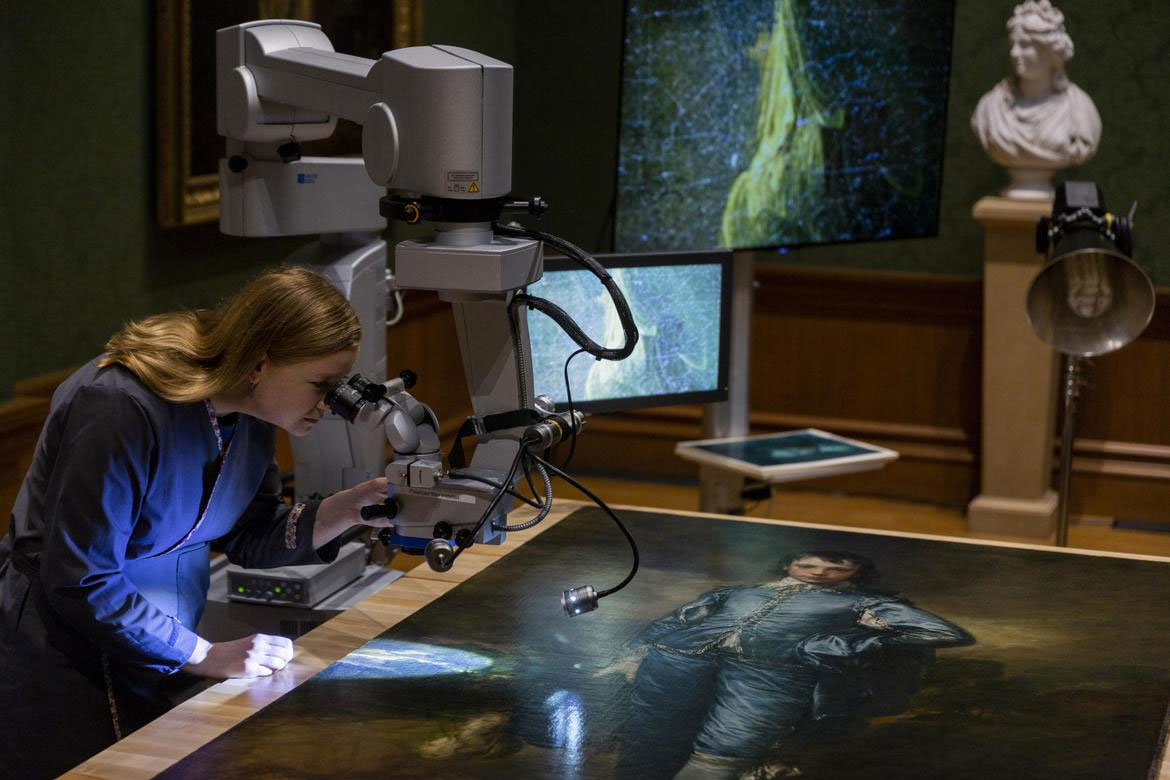