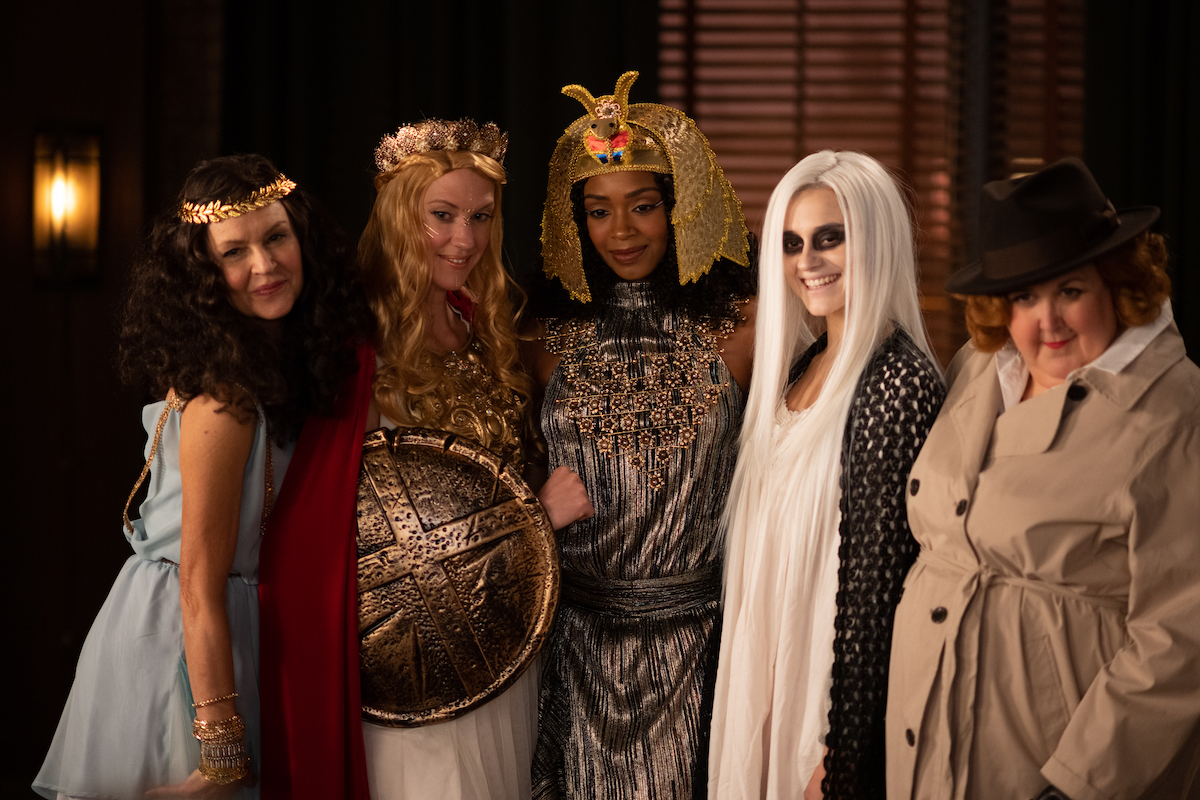 As an arts network dedicated to celebrating and presenting all forms of art, Ovation will also air the Frankie Drake Mysteries: Music at Midnight concert special. A co-production from Ovation, The Toronto Symphony Orchestra (TSO), and Shaftesbury Films, the socially distant concert event was filmed on the set of Frankie Drake Mysteries, adhering to the strict COVID protocols of the time. Giving fans of the series the opportunity to see and hear something different and unexpected, the special features performances by series stars Chantel Riley and Sharron Matthews alongside series composer Robert Carli and the TSO. The special will air on Ovation TV the week preceding the fourth season premiere, on Saturday, September 25 at 7pm ET.

Ovation TV has also produced a series of custom interstitials featuring the ladies of Drake Detective Agency getting candid about the evolution of their respective characters. From Frankie confronting her fractured relationship with her father to Trudy solidifying her independence, each of the women offer a more intimate look at their character’s lives. Each premiere episode will feature a quick 30-second behind-the-scenes look for viewers with an extended, longer-form vignette also available for consumers on demand on the Ovation NOW app. The cast also discusses the fabulous fashion that the series always delivers, and how the costume design helps serve as a form of expression and freedom for the fearless foursome.

The fourth season opens with our intrepid detectives and their best gal pals traipsing through the woods on a scavenger hunt that quickly turns deadly. From the wilderness to the world of high society, from an underground cabaret to a candy factory, Frankie (Smith) and Trudy (Riley) investigate murders, kidnappings, heists and poisonings. Using her position as a morality officer, Mary (Liddiard)’s able to snoop through police files and be privy to non-civilian discussions, while Flo (Matthews) lends a hand with autopsy reports, science experiments, and her newly acquired medical skills.

Busy with their professional lives, the team also finds time for personal pursuits. This season, Frankie has a European race car-driving beau, Trudy’s dreams for a home, sweet home are closer than ever, Mary falls for the wrong fella, and Flo starts a family. And, as always, Frankie Drake Mysteries promises high-stakes danger, excitement, intrigue, and friendship.

Season four episodes will be available on demand and on the Ovation NOW app the following day. Episode descriptions below:

Episode 401 “Scavenger Hunt” Airs Saturday, October 2 at 7pm ET
Our gals are on a spirited scavenger hunt. When a player is murdered, they need to solve if it’s case of killing off the competition or more personal.

Episode 402 “Prince in Exile” Airs Saturday, October 9 at 7pm ET
When a playboy Prince is kidnapped, the team has to be discreet as they investigate so to avoid an international incident.

Episode 403 “The Girls Can’t Help It” Airs Saturday, October 16 at 7pm ET
Frankie and Trudy cross paths with a trio of flappers and head into an illegal auction as they investigate the theft of a priceless bottle of wine.

Episode 404 “A Most Foiled Assault” Airs Saturday, October 23 at 7pm ET
When the coach of Canada’s first female fencing team is murdered and a fencer is wrongly arrested, Frankie and Trudy are tasked with the solve.

Episode 405 “Ghost in the Machine” Airs Saturday, October 30 at 7pm ET
Convinced she was visited by the ghost of a murdered woman; Nora makes Frankie and Trudy search their building leading to a shocking discovery.

Episode 406 “The Guilty Party” Airs Saturday, November 6 at 7pm ET
A man acquitted of a grisly murder is still a suspect. The clock ticks as the team investigate whether or not he is the guilty party.

Episode 407 “Life is a Cabaret” Airs Saturday, November 13 at 7pm ET
After witnessing a man’s murder, Frankie’s search for his lady-friend suspect leads her to an underground cabaret and surprising results.

About OVATION TV America’s Only Arts Network
As an independent television, production, and digital media company, OVATION TV has an unparalleled commitment to the arts, culture, and captivating entertainment.  Showcasing a lineup of critically-acclaimed premium dramas, specials, documentaries, and iconic films, OVATION TV salutes innovative storytelling with popular programming that includes Inside the Actors Studio, Murdoch Mysteries, Riviera, Frankie Drake Mysteries, Miss Fisher’s Murder Mysteries, The Fall, Luther, Midsomer Murders, Landscape Artist of the Year, Grand Designs, Amazing Hotels, Chasing the Sun, and Anthony Bourdain: No Reservations. Ovation also powers JOURNY, the dedicated streaming service where art, culture, and travel intersect.  The company has provided more than $15M in contributions and in-kind support to arts institutions and arts education.  Its signature advocacy platform, STAND FOR THE ARTS, includes a coalition of over 130 arts organizations, cultural institutions, and arts leaders throughout the country raising awareness about art’s positive impact, protecting access for everyone, and encouraging action on behalf of the arts.  OVATION TV is available on major providers via cable, satellite and telco systems including Comcast Cable/Xfinity, DIRECTV, AT&T TV, SPECTRUM, Verizon FiOS, as well as on demand.  You can follow OVATION TV on Facebook, Twitter, YouTube, Instagram, OvationTV.com, and through our App, OVATION NOW.