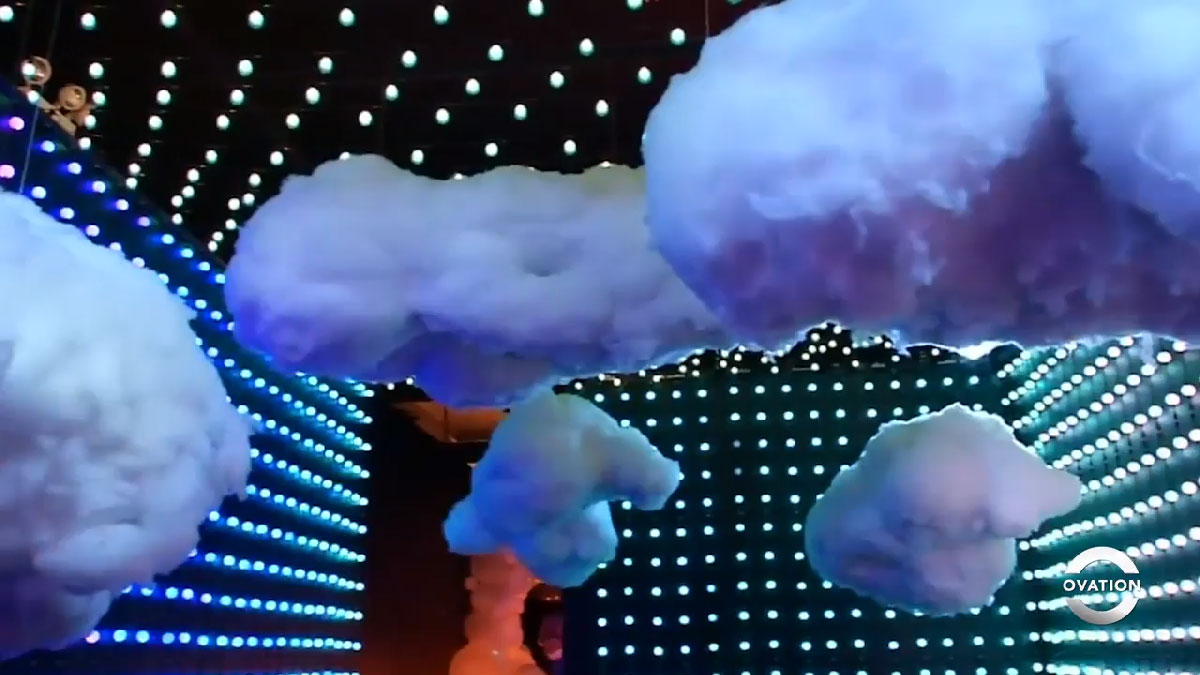 As part of Ovation’s internal go-see-art initiative, which covers admission fees to art exhibits and performances for employees, Danielle visited the Dream Machine in Brooklyn and wrote about her experience.

On a recent steamy summer afternoon, I attended an interactive, pop-up art exhibit in an empty warehouse in Williamsburg, Brooklyn. This exhibit, known as the Dream Machine, was created to be an artist’s representation of people’s dreams. It has also been touted by many as a “selfie-takers’ paradise.”

Selfies often get a bad rap and are associated with vanity. “Vemödalen” means “the frustration of photographing something amazing when thousands of identical photos already exist.” Yet humans have had an urge to add uniqueness and set their photo apart from another. It is only natural for people to want to capture their existence to leave a mark on the world. For this reason, selfies have become an art form onto themselves. The Dream Machine space only encouraged selfie-taking. 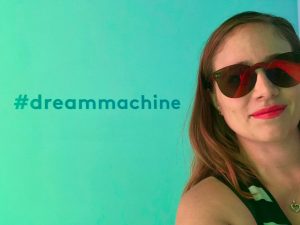 Here’s a selfie by the author!

The walk to the venue was filled with eye-catching street art. The waiting area was a black-and-white room with neon signs that set the mood and gave new visitors the perfect opportunity to take some practice selfies while they waited. The tour would be loosely guided by “Dream Techs” in blue jumpsuits.

First, we entered the Cloud Room. It was deep blue in tone with light and clouds hanging from the ceiling. It invoked a peaceful, relaxed feeling, like when you are first falling asleep.

We were then led to the Bubble Room, filled with purple and gold lights and complemented with white balloons, which showed reflections of the purple and gold. There was an endless stream of bubbles from above where smoke filled up when popped. Even those who were on the most serious quest for the perfect selfie were baffled and displayed childlike wonder.

All colors disappeared in the adjoining Black-and-White room to represent those who do not dream in color. It almost looked like a cartoon living room, framed with the perfect chair for selfies. It was the perfect setting to let your own colors pop against the background.

The next room was a Pink Laundromat that evoked a retro style of yesteryear, with cotton candy and a giant neon pink “Drop Off & Selfie Service” sign, just waiting to be posed in front of.

Then a Dream Tech moved some of the washers and dryers to reveal a secret door that led to an Infiniti Room. The lights went off as he closed the door, and gold, blue, green, and purple lights alternated and reflected off of what seemed to be thousands of mirrors that went on for … infinity!

Next, you walked through a soft blue hallway where people could catch up on a few up-close selfies while they waited for a turn in the Ball Pit Room. The room signified being underwater, with a rich tapestry of blues. I got the feeling of being a kid again, wading an ocean of plastic balls.

The next room was the Rainbow Hall, a very long hallway of everchanging lights in every soft, dreamlike primary or secondary hue you could imagine. This was the first time you could walk though a space alone and really take your time capturing images of yourself in every lighting imaginable.

At the other end of the hall was the Neon Forest, where you were surrounded by foliage lit up in various purples, blues, and greens. The forest led you to an area with streamers reflecting off of the lights.

Once you stepped into the Streamer Room, the bright, energizing silver took over. This was meant to signify waking up. Once you find your way out of the seemingly endless streamers, you were met with a sign that says “It Was All A Dream.”

Finally, you were led to a sunlit lobby, where the walls were covered in chalkboards, allowing everyone the opportunity to share their own dreams.

If you do not live in the New York City Metro area, fear not! Due to the success, there is talk of expanding the Dream Machine to other cities in the near future!