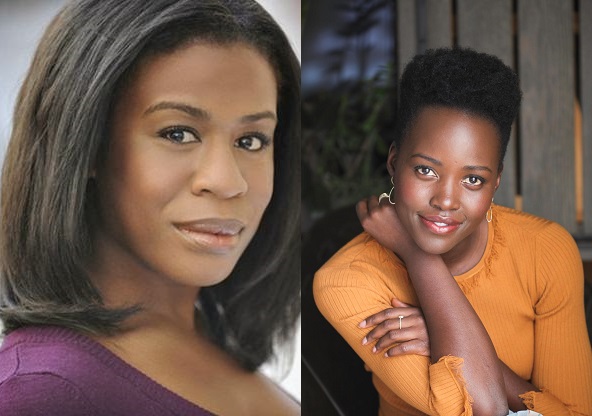 Eighth and Final Episode of the Season to Air on Sunday, December 15

Lupita Nyong’o is a Kenyan actress, producer and New York Times Bestselling author. She made her feature debut in Steve McQueen’s Academy Award® winning film 12 Years a Slave. For her portrayal as Patsey, Nyong’o received the Academy Award® as well as multiple accolades including the Screen Actors Guild® Award, the Critics’ Choice Award, the Independent Spirit Award, and the NAACP Award. Nyong’o stars in Us, Jordan Peele’s critically acclaimed horror film for Universal Pictures, as both “Red” and “Adelaide.”

Uzo Aduba has most recently wrapped the FX miniseries Mrs. America portraying The Hon. Shirley Chisholm opposite Cate Blanchett. Aduba is best known for her two-time Emmy® Award-winning portrayal as Suzanne “Crazy Eyes” Warren on Netflix’s hit series, Orange is the New Black, which just wrapped its 8th and final season. She also won the 2015 SAG Award for Outstanding Actress in a Comedy Series and the 2014 Critic’s Choice Award for Best Guest Performer in a Comedy Series. She was also nominated for a 2014 Golden Globe Award for Best Performance by an Actress in a Supporting Role in a Series, Mini-Series or Motion Picture Made for Television.

Episodes are also available on demand and on the Ovation NOW app.

Founded in 1947 by Elia Kazan, Cheryl Crawford and Robert Lewis, The Actors Studio thrives today as a unique theatre workshop where professional actors, playwrights and directors gather together to work on their craft in private. Through moderated sessions, workshops and readings, The Actors Studio offers its members a dynamic, creative atmosphere, as well as a safe haven away from commercial pressures. In 1994, then president Paul Newman led the creation of a new, separate 3-year MFA Program that teaches the work done at The Actors Studio based upon exercises and techniques developed earlier by Lee Strasberg. James Lipton became the academic Dean of this program. Lipton then created the seminar for the MFA students and called it INSIDE THE ACTORS STUDIO. For more information please go to our website: www.theactorsstudio.org