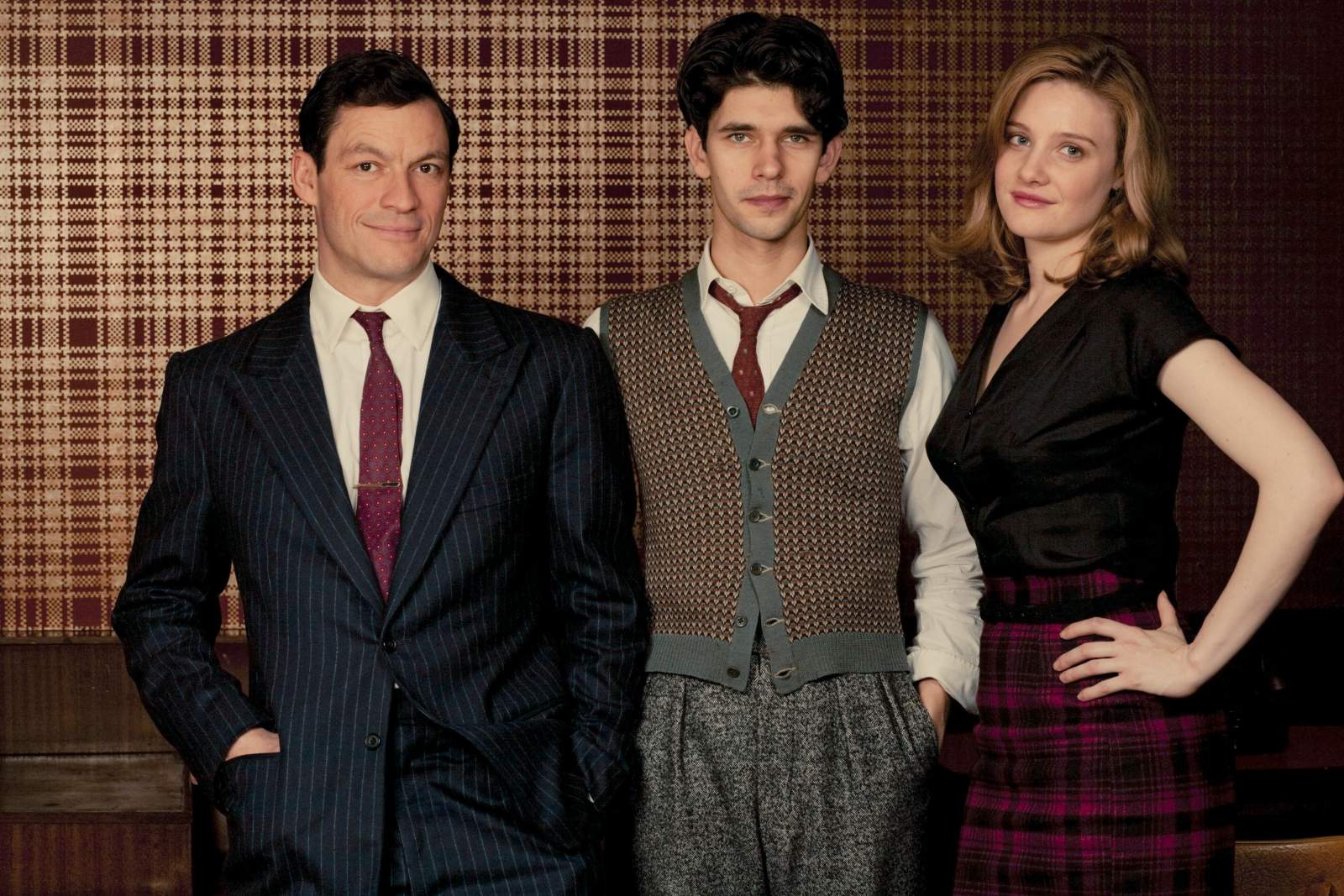 Los Angeles, CA: Ovation TV, America’s only arts network, has set Saturday, July 17th as the network premiere date for the first season of the award-winning drama series The Hour. Starring Ben Whishaw (No Time to Die, FX’s Fargo), Dominic West (Stateless, The Crown), and Romola Garai (writer/director of Amulet), The Hour is a widely acclaimed original, sexy thriller set in the world of television journalism in the 1950s. The arts network will begin airing season one on Saturday, July 17 at 7pm ET / 4pm PT during the network’s Mystery Alley programming block, its linear destination that celebrates the craft of mystery storytelling.

The series is a behind-the-scenes drama and espionage thriller set in Cold War-era England that centers on a journalist, a producer, and an anchorman for an investigative news program. With the Suez Crisis brewing in the background, a small team of British journalists launches an hourlong investigative news show on BBC television called THE HOUR. Producer Bel Rowley (Romola Garai) pulls in Freddie Lyon (Ben Whishaw), the best reporter she knows, to serve as the show’s home affairs correspondent, while the handsome and charismatic Hector Madden (Dominic West) gets the coveted position of presenter.

Episode 101 airs Saturday, July 17 at 7pm ET
June 1956. BBC reporters and soulmates Bel Rowley and Freddie Lyon spot their opportunity to be a part of a brand new current affairs program at Lime Grove Studios. But as Freddie’s interview looms, a chance meeting with an old friend finds him pursuing a new story and thrusts him deep into the middle of a dark and dangerous conspiracy.

Episode 102 airs Saturday, July 24 at 7pm ET
The Hour is struggling; the ratings are down, the reviews are terrible and Hector and Freddie are bickering like children. As events escalate in Suez, Bel knows their only hope is to pull off a brave interview with an Egyptian diplomat but is Hector up to the challenge? Meanwhile Freddie discovers a mysterious code which may well provide a clue to Ruth’s death.

Episode 103 airs Saturday, July 31 at 7pm ET
A weekend invite to a shooting party at Hector’s in-laws gives Freddie an opportunity to quiz Adam Le Ray on his relationship with Ruth, whilst Hector struggles with his ailing marriage and his growing feelings for Bel. At the office, suspicion about Tom Kish is mounting and Isaac’s on the case.

Episode 104 airs Saturday, August 7 at 7pm ET
It’s Freddie’s birthday and the effects of Tom’s death are still being felt around the newsroom. Two huge news stories are breaking but Freddie’s disappeared and it’s a newly confident Hector who’s leading the charge. Meanwhile Bel and Hector’s affair gathers steam and Isaac’s got his eye on Sissy.

Episode 105 airs Saturday, August 14 at 7pm ET
The war in Suez has the country divided and McCain steps up his pressure on The Hour to tow a pro-government line but with a huge anti-war protest gathering in London, Freddie has other ideas. Meanwhile pressure mounts on Bel and Hector when news of their affair gets out and Lix helps Freddie with an important lead.

Episode 106 airs Saturday, August 21 at 7pm ET
The Hour is about to go live and there are tensions for all as they prepare to defy government instruction and deliver a controversial episode on the crisis in Suez. Freddie finally learns what happened to Ruth, and Hector and Bel come to a decision on their affair.

Episodes will be available on demand and on the Ovation NOW app the following day.

About OVATION TV America’s Only Arts Network
As an independent television, production, and digital media company, OVATION TV has an unparalleled commitment to the arts, culture, and captivating entertainment.  Showcasing a lineup of critically-acclaimed premium dramas, specials, documentaries, and iconic films, OVATION TV salutes innovative storytelling with popular programming that includes Inside the Actors Studio, Murdoch Mysteries, Riviera, Frankie Drake Mysteries, Miss Fisher’s Murder Mysteries, The Fall, Luther, Midsomer Murders, Landscape Artist of the Year, Grand Designs, Amazing Hotels, Chasing the Sun, and Anthony Bourdain: No Reservations. Ovation also powers JOURNY, the dedicated streaming service where art, culture, and travel intersect.  The company has provided more than $15M in contributions and in-kind support to arts institutions and arts education.  Its signature advocacy platform, STAND FOR THE ARTS, includes a coalition of over 130 arts organizations, cultural institutions, and arts leaders throughout the country raising awareness about art’s positive impact, protecting access for everyone, and encouraging action on behalf of the arts.  OVATION TV is available on major providers via cable, satellite and telco systems including Comcast Cable/Xfinity, DIRECTV, AT&T TV, SPECTRUM, Verizon FiOS, as well as on demand.  You can follow OVATION TV on Facebook, Twitter, YouTube, Instagram, OvationTV.com, and through our App, OVATION NOW.