OVATION TV CELEBRATES BLACK EXCELLENCE AND ACHIEVEMENT WITH A JUNETEENTH PROGRAMMING BLOCK ON SATURDAY, JUNE 19th AND A MONTH-LONG CURATED DESTINATION ON THE OVATION NOW APP 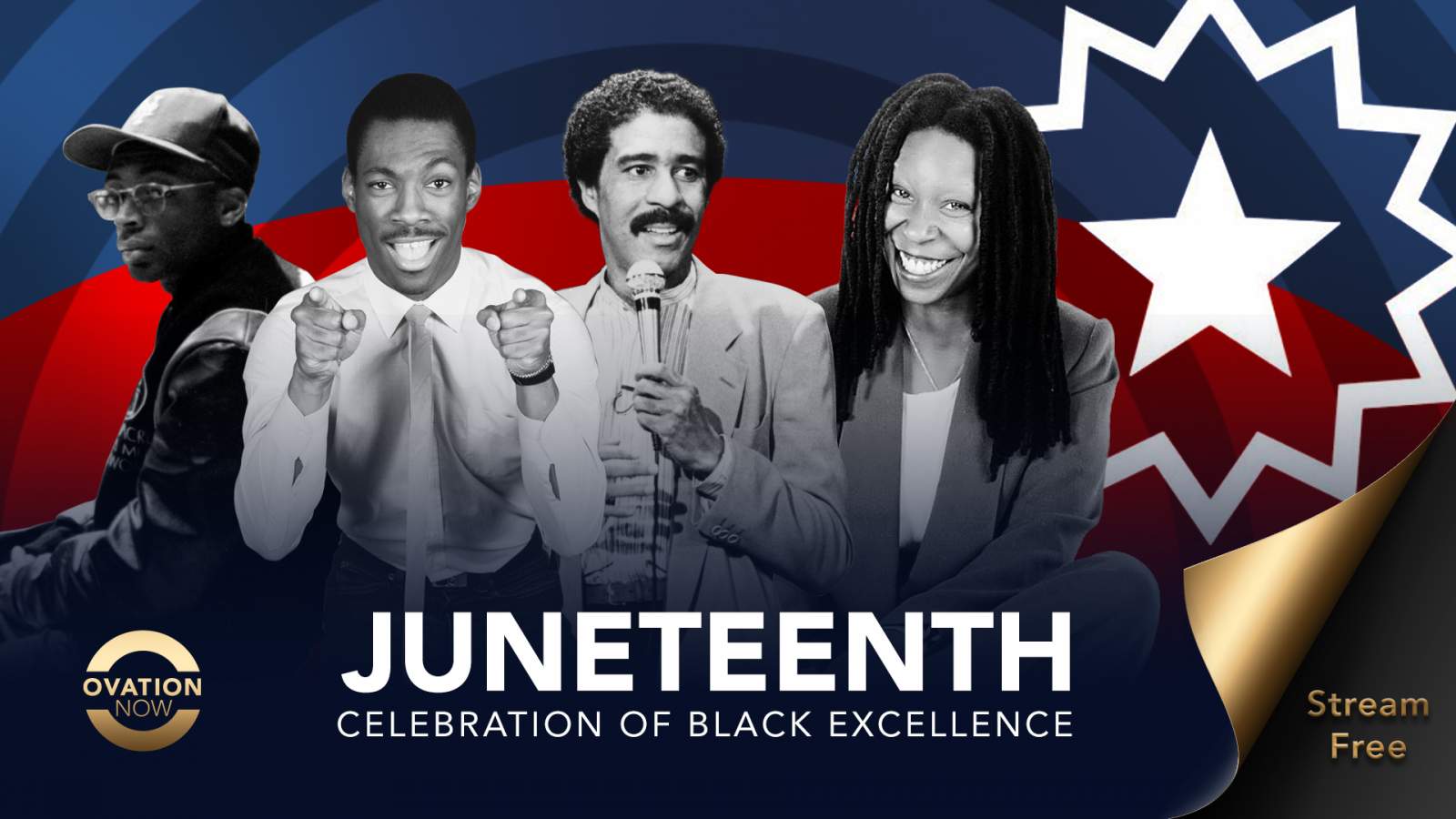 Los Angeles, CA: Ovation TV, America’s only arts network, has long celebrated diversity in the arts through grants, in-kind support, advocacy, and programming. The network recognizes Black excellence & achievement with a Juneteenth celebration, marking the day that slavery was officially abolished in Texas on June 19, 1865. Ovation aims to highlight those who have championed equality and peace through action and through the power of art.

Starting Saturday, June 19th at 6:00am ET, Ovation TV will air a programming block highlighting the extraordinary careers of Beyoncé, Whoopi Goldberg, Richard Pryor, Spike Lee, and more, celebrating the significant contributions of these Black artists who have advanced progress for all.

A curated Juneteenth destination has also been published, free to all on the Ovation NOW app, featuring an expanded look at Black artists and their artistry. The folder includes documentaries on Bob Marley, Jean-Michel Basquiat, Nina Simone, and Whitney Houston; concert films of Zac Harmon and Shakura’S Aida; and episodes of Ovation TV series The Art Of, Celebrity Conversations, The Sound of New York, and Inside the Actors Studio, all highlighting the craft of Black artists, actors, and musicians. This folder will be available for the entire month of June and can be found on the Ovation NOW app, available on iOS, Android, Roku, and Amazon Fire.

“Ovation commemorates Juneteenth with not just a day of programming, but an entire month of celebration,” said Liz Janneman, EVP of Network Strategy. “Join us as we honor the artistic achievements of some of the greatest Black painters, singers and actors of all time.”

The June 19th programming block will start at 6:00am ET on Ovation TV:

6:00am ET
Beyoncé: Queen B
One of the most recognizable figures in contemporary music, Beyoncé rose to fame as the central member of pop R&B group Destiny’s Child before embarking on a multi-platinum, record-breaking solo career in 2001. Booming record sales, Grammy awards, movie roles, and marriage to rapper & CEO Jay-Z, combined to heighten her profile in the 2000s.

7:00am ET
Stars of the Silver Screen: Whoopi Goldberg
A team of authors and reviewers, Ian Nathan, Neil Norman and Stephen Armstrong, discuss and review Whoopi Goldberg’s career and the impact she has made on cinema worldwide.

8:00am ET
Comedy Legends: Richard Pryor
A stand-up comedian and comedy actor, Richard Pryor’s observational, storytelling style made him one of most influential stand-up comedians of all time. Comedian Barry Cryer remembers and enjoys some of his legendary live shows filmed in the 70s and 80s, his early career, and his magical on-screen partnership with fellow comedian Gene Wilder.

9:00am ET
Comedy Legends: Eddie Murphy
This episode celebrates Eddie Murphy and includes highlights from his comedy career while host and comedy writer Barry Cryer recalls some of his funniest moments working with him.

10:00am ET
Stars of the Silver Screen: Morgan Freeman
This episode reviews Morgan Freeman’s career and looks at his impact on cinema.

11:00am ET
The Directors: Spike Lee
This series looks at the 20th century’s iconic film directors; the real innovators whose breakthrough direction made film into the movies. This episode digs into the career of American film director, producer, screenwriter, actor, and professor Spike Lee.

1:00pm ET
Icons of Our Time: Muhammad Ali
Muhammad Ali is not only considered among the greatest heavyweights in boxing history but arguably the greatest sports personality of all time. Meet George Lois, the man behind the legendary Esquire cover, and Lawrence Lusting, who photographed many of Ali’s fights.

As an independent television, production, and digital media company, OVATION TV has an unparalleled commitment to the arts, culture, and captivating entertainment.  Showcasing a lineup of critically acclaimed premium dramas, specials, documentaries, and iconic films, OVATION TV salutes innovative storytelling with popular programming that includes Inside the Actors Studio, Murdoch Mysteries, Riviera, Frankie Drake Mysteries, Miss Fisher’s Murder Mysteries, The Fall, Luther, Midsomer Murders, Landscape Artist of the Year, Grand Designs, Amazing Hotels, Chasing the Sun, and Anthony Bourdain: No Reservations. Ovation also powers JOURNY, the dedicated streaming service where art, culture, and travel intersect.  The company has provided more than $15M in contributions and in-kind support to arts institutions and arts education.  Its signature advocacy platform, STAND FOR THE ARTS, includes a coalition of over 130 arts organizations, cultural institutions, and arts leaders throughout the country raising awareness about art’s positive impact, protecting access for everyone, and encouraging action on behalf of the arts.  OVATION TV is available on major providers via cable, satellite and telco systems including Comcast Cable/Xfinity, DIRECTV, AT&T TV, SPECTRUM, Verizon FiOS, as well as on demand.  You can follow OVATION TV on Facebook, Twitter, YouTube, Instagram, OvationTV.com, and through our App, OVATION NOW.