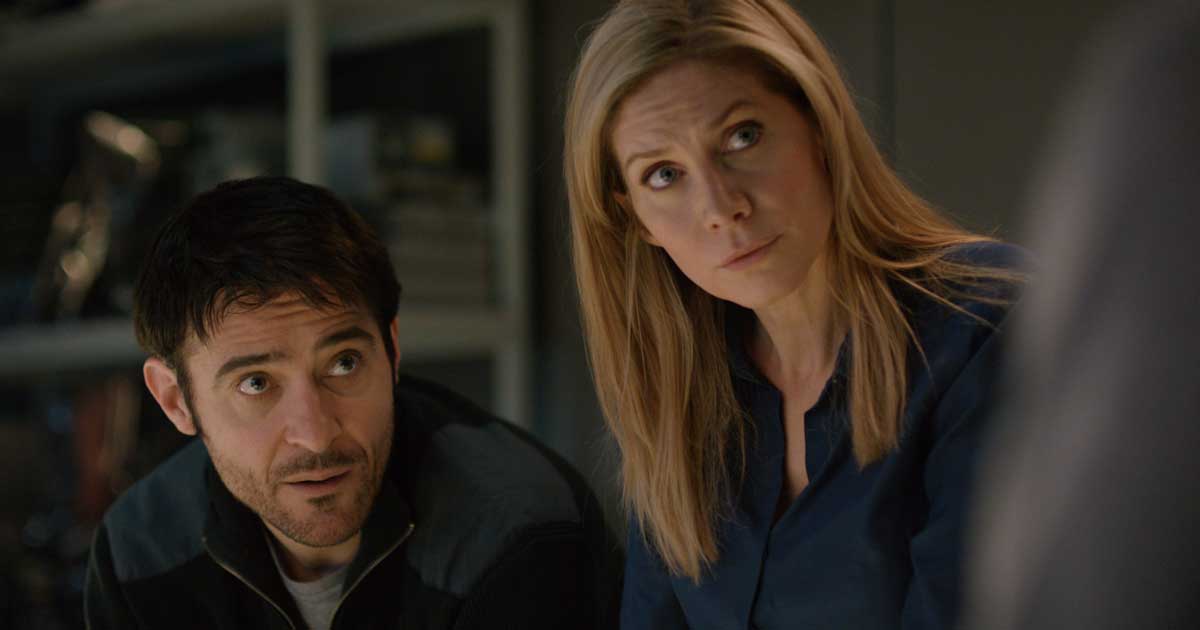 Coming Off of Seasons One and Two, Season Three Episodes Will Air Back-to-Back Every Monday Night Starting February 8 As Part of the Network’s “Secrets and Crimes” Programming Block

Episodes will air back-to-back on Monday nights as part of the network’s Secrets and Crimes programming block, which airs Monday evenings starting with a film at 7pm ET / 4pm PT. Back-to-back episodes of Crossing Lines will air immediately following a Secrets and Crimes themed film as the lead-in. Lead-in movie titles include: Angels and Demons, Minority Report, Absolute Power, Die Another Day, The Saint, and Collateral.

Based in The Hague, the series follows the International Criminal Court’s special crime unit. The show’s third season is set six months after the season two finale, in which Major Louis Daniel (Marc Lavoine) was shot. Michel Dorn (Sutherland) has to bring the team back together, with new additions Marco Corazza (Visnjic) and Carine Strand (Mitchell), after one of his prosecutors goes missing.

When tragedy befalls a private European school, the cross-borders unit uncovers evidence of a much more complicated truth.

All is not as it appears when the unit travels to Italy to investigate the assassination of a well-connected anti-Mafia court official.

When a known murderer restarts his killing spree, a twist of events leads the team to investigate a group espousing social justice.

A known criminal is attacked but dies from a contagious disease rather than his wounds leading the team to track down everyone in contact with him.

When the ICC take on the case of a young girl believed to be a victim of human trafficking, clues lead to a dark and disturbing revelation.

Carine (Elizabeth Mitchell) clashes with Dorn (Donald Sutherland)’s former colleague when he’s brought in on a new case: a cargo of highly radioactive material stolen from a nuclear plant.

A journalist known for lifestyle puff pieces is on the verge of breaking an important investigative story to Dorn (Donald Sutherland)’s unit, but ends up a murder victim.

An investigation into the deaths of officials working on a hydroelectric project raises suspicion about a conspiracy and exposes a contractor.

A Polish football club is attacked when a pipe bomb explodes in their locker room, killing two and injuring six, but investigators are unsure if it’s a case of terrorism or a hate crime.

A retired Russian assassin seeks vengeance against leaders of a fanatic right-wing political party and the ICC team must protect her next victim.

Episodes will also be available on demand and on the Ovation NOW app the following day.

As an independent television, production, and digital media company, OVATION TV has an unparalleled commitment to the arts, culture, and captivating entertainment.  Showcasing a lineup of critically-acclaimed premium dramas, specials, documentaries, and iconic films, OVATION TV salutes innovative storytelling with popular programming that includes Inside the Actors Studio, Murdoch Mysteries, Riviera, Frankie Drake Mysteries, Miss Fisher’s Murder Mysteries, The Fall, Luther, Midsomer Murders, Landscape Artist of the Year, Grand Designs, Amazing Hotels, Chasing the Sun, and Anthony Bourdain: No Reservations. Ovation also powers JOURNY, the dedicated streaming service where art, culture, and travel intersect.  The company has provided more than $15M in contributions and in-kind support to arts institutions and arts education.  Its signature advocacy platform, STAND FOR THE ARTS, includes a coalition of over 60 arts organizations, cultural institutions, and arts leaders throughout the country raising awareness about art’s positive impact, protecting access for everyone, and encouraging action on behalf of the arts.  OVATION TV is available on major providers via cable, satellite and telco systems including Comcast Cable/Xfinity, DIRECTV/AT&T U-verse, SPECTRUM, Verizon FiOS, as well as on demand.  You can follow OVATION TV on Facebook, Twitter, YouTube, Instagram, OvationTV.com, and through our App, OVATION NOW.