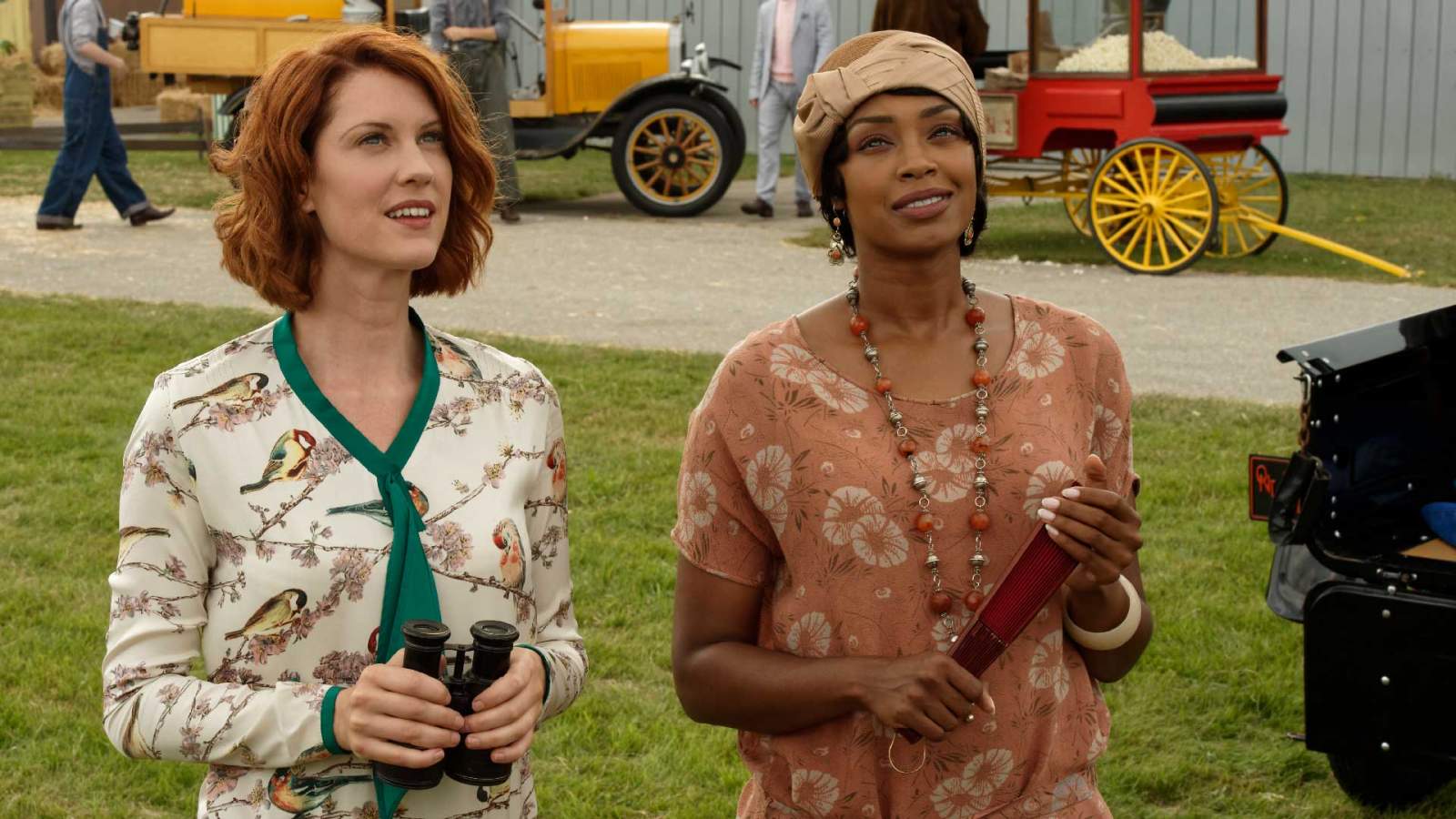 Set in 1920s Toronto, following the city’s only female private detectives as they take on the cases the police don’t want to touch, Frankie Drake Mysteries is a CBC Original series developed and produced by Shaftesbury in association with CBC and UKTV.

Season one of Frankie Drake Mysteries will premiere to U.S. audiences on Ovation in June 2019. In addition to the new two-season deal with Ovation, the new ten-part second season has been renewed in a pan territory deal with Viasat for Central and Eastern Europe, as well as Globosat in Brazil, Sky in New Zealand, and Dazzler in UK (Home Video and DTO). In Europe, the new series has also been acquired for Finland by YLE.

In both Canada (CBC) and the UK (Alibi), the first series of Frankie Drake Mysteries was the second most watched drama across its broadcast season for each channel, increasing Alibi’s slot average by 210%. Frankie Drake Mysteries stars Lauren Lee Smith (The Shape of Water) and Chantel Riley (Wynonna Earp) as the Drake Private Detectives, who take on cases exploring a cross-section of 1920s Toronto, with the help of morality officer Mary Shaw (Rebecca Liddiard, Alias Grace) and morgue attendant Flo Chakowitz (Sharron Matthews, Mean Girls). In this time of change, their gender is their biggest advantage as they defy expectations and rebel against convention. They are new detectives for a new world – but is the world ready for them?

“Frankie Drake Mysteries is the embodiment of artfully told and executed storytelling,” said Scott Woodward, EVP of Programming, Ovation. “From the brilliant costume and set design to the jazz-infused soundtrack, this series’ artistic elements enhance the good fun of this engaging mystery series.”

Jonathan Ford, EVP of Sales at Kew Media Distribution, commented, “We’re incredibly pleased with the global success of Frankie Drake Mysteries and are delighted to welcome Ovation as the latest broadcaster to secure this stylish drama.. Evoking the thrilling atmosphere of an era that saw real revolution, Frankie Drake Mysteries focuses on themes that are as relevant today as they were then. Alongside its fantastic critical acclaim and overwhelmingly positive response on social media, ratings statistics prove that the first series offers broad audience appeal – and we’re confident that the new season will continue to be in strong demand.”

“We’re excited for American audiences to meet the phenomenal women of Frankie Drake Mysteries. They are a force to be reckoned with, as a team and as individuals, as they solve cases across 1920s Toronto. We are thrilled to share these dynamic characters and their stories with the world,” said Christina Jennings, Executive Producer, Frankie Drake Mysteries / Chairman & CEO, Shaftesbury.

Kew Media Distribution will showcase the new season of Frankie Drake Mysteries at MIPCOM alongside a strong slate of premium drama. This includes the brand new 90’ event drama Care (LA Productions for BBC One), from Emmy® and BAFTA award-winning writer Jimmy McGovern (The Street, Broken), which stars Sheridan Smith (Cilla) as a single mother struggling to raise her two children in the aftermath of a family tragedy. The new fifth season of the award-winning, critically acclaimed thriller Line of Duty (6 x one hour) from World Productions will make its debut, alongside the brand new instalment in the Bletchley Circle franchise – The Bletchley Circle: San Francisco (8 x one hour, An Omnifilm Entertainment production in association with BritBox LLC and World Productions).

Further MIPCOM launches include Clink, a new ten-part drama from LA Productions set in the fictional women’s prison HMP Bridewell, and The Dead Lands, an eight-part action adventure drama from GFC Films based on the globally successful international film set in pre-European Polynesia. Finally, new mini-series Cold Call (4 x one hour, a Chalkboard production) tells the story of June, who, after falling victim to a cold call that destroys her family’s future, sets out to take her revenge.