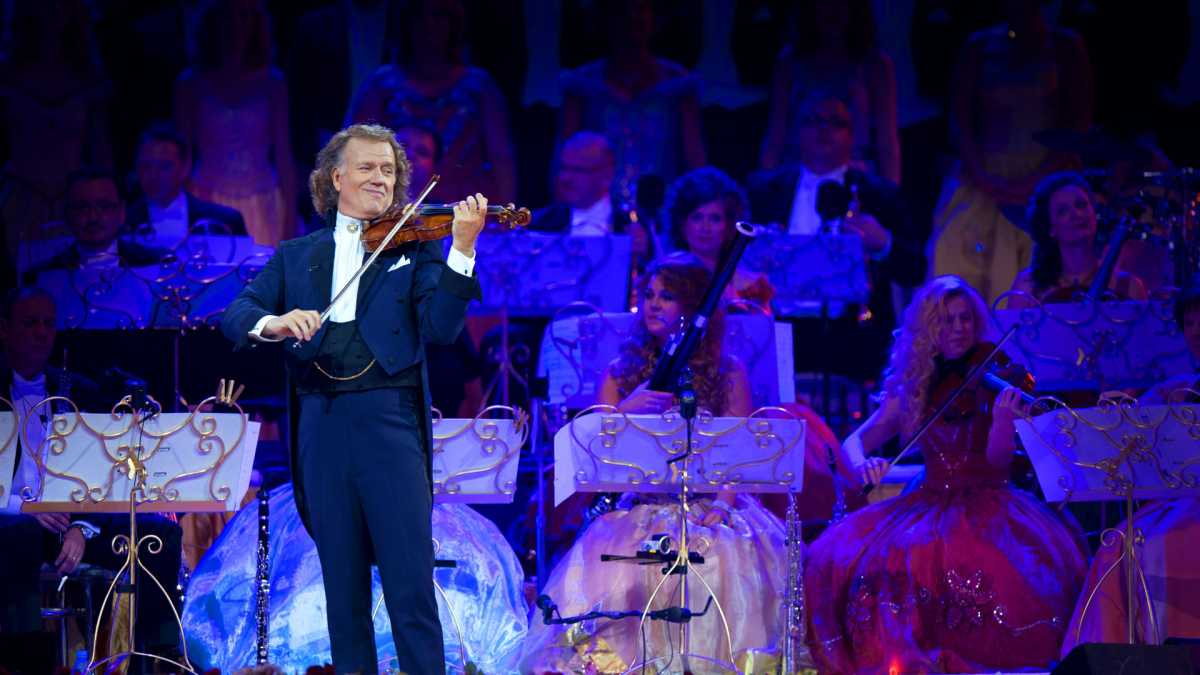 Los Angeles, CA – August 22, 2017  Ovation TV, America’s only arts network, has struck a licensing deal with Sky Vision for the exclusive US television broadcast rights to the Sky Arts’ 10-part series André Rieu: Welcome To My World. The announcement was made today by Ovation EVP of Programming Scott Woodward and Sky Vision SVP, US Sales and Acquisitions Gillian Rose.

André Rieu is the biggest classical music talent in the world, having has sold more than 35 million albums globally and has been awarded more than 330 platinum and 100 gold awards for his phenomenal success. The violinist burst onto the UK scene in 2010, selling more than 400,000 copies of his first UK release, and is now one of the best-selling live acts in the world. More than 700,000 fans attend his concerts and stadium tours every year.

André Rieu: Welcome to My World follows the popular entertainer from Australia to Argentina via Mexico and Maastricht as he is joined by the members of the famous Johann Strauss Orchestra in a spectacular journey celebrating music, waltzes and his renowned showmanship. Each episode documents an exhilarating part of the André’s life, as well as showcasing his concert performances. Special guests join André along the way, including Jermaine Jackson, who sings a moving tribute to his brother Michael, and Trini Lopez, who explains why performing with André is so special and exciting.  The series also contains unique interviews with his sons Marc and Pierre Rieu and long-standing members of the Johann Strauss Orchestra, as well as his trusted concert soloists Carla Maffioletti, Carmen Monarcha and Mirusia Louwerse.

“André Rieu is a phenomenon in Europe and around the world. We’re looking forward to letting Ovation viewers in on all the excitement.  André Rieu causes a sensation everywhere he performs and we think, with the premiere of this documentary, he’s bound to win more fans across the US,” said Scott Woodward, EVP, Programming, Ovation.

Gillian Rose, Senior Vice President, US Sales and Acquisitions, Sky Vision said, “This series was such a success when it aired on Sky Arts and we are delighted to be able to bring it to the US so that American audiences can enjoy the music and performance of the multi-talented André Rieu.”