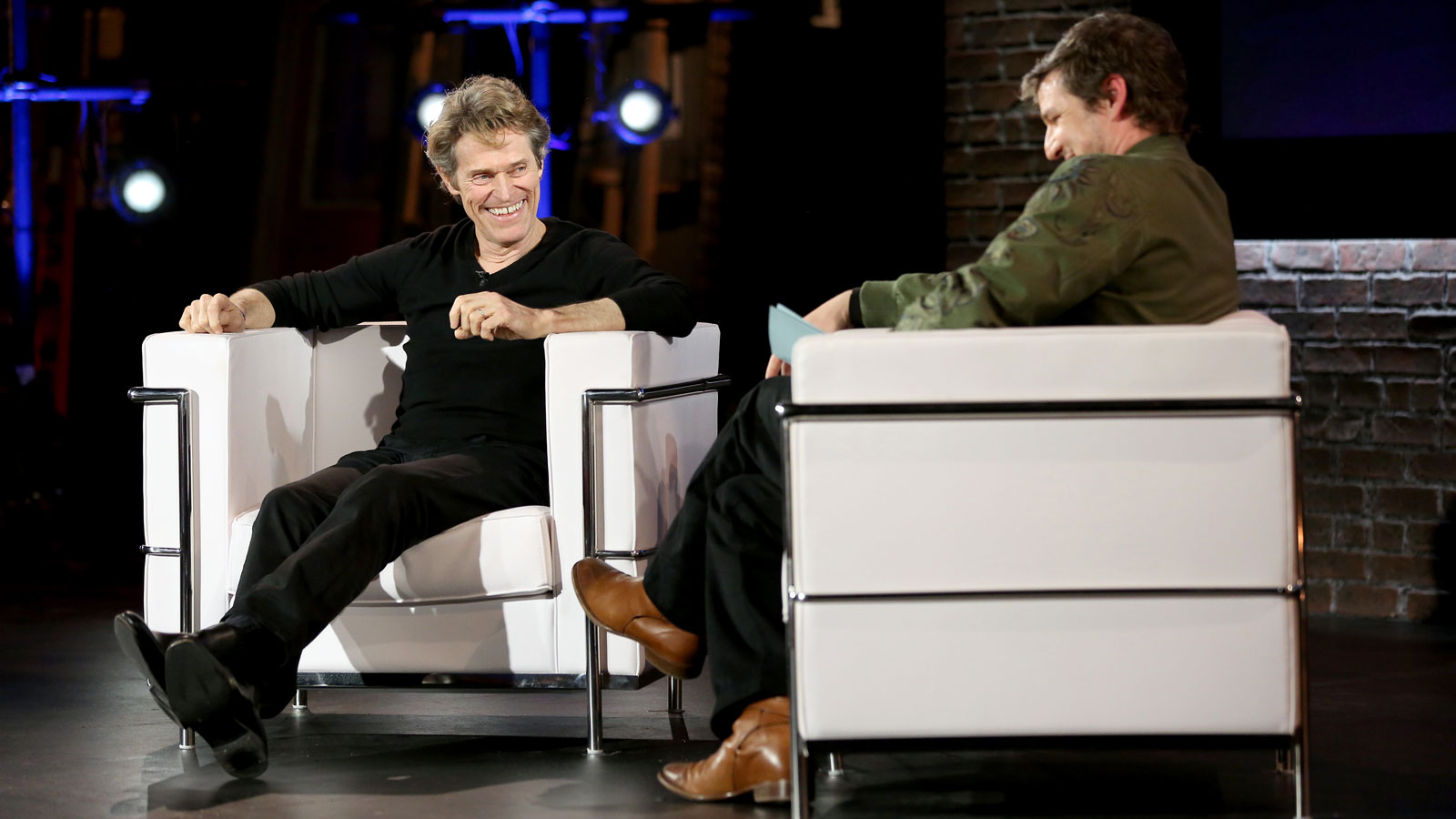 Los Angeles, CA: Ovation TV, America’s only arts network, has announced the latest host and guest of the new season of Inside the Actors Studio. The upcoming episode will feature Pedro Pascal (Wonder Woman, 1984, The Mandalorian) interviewing four-time Oscar nominee Willem Dafoe (The Lighthouse, At Eternity’s Gate) and will air on Sunday, October 27 at 10pm ET / 7pm PT.

Pascal and Dafoe costarred in Yimou Zhang’s 2016 film The Great Wall together. Dafoe returns to the Inside The Actors Studio stage for the first time since 1996.

“As a fellow actor who has admired Willem Dafoe’s storied acting career, I am honored to interview him on Ovation’s Inside the Actors Studio,” said Pascal. “Willem is one of the most versatile actors I know, and I cannot wait to share his passion for the art of acting to a deserving audience.”

The series is currently filming in NYC at the Michael Schimmel Center for the Arts at Pace University. Additional episodes will be announced.

Founded in 1947 by Elia Kazan, Cheryl Crawford and Robert Lewis, The Actors Studio thrives today as a unique theatre workshop where professional actors, playwrights and directors gather together to work on their craft in private. Through moderated sessions, workshops and readings, The Actors Studio offers its members a dynamic, creative atmosphere, as well as a safe haven away from commercial pressures. In 1994, then president Paul Newman led the creation of a new, separate 3-year MFA Program that teaches the work done at The Actors Studio based upon exercises and techniques developed earlier by Lee Strasberg. James Lipton became the academic Dean of this program. Lipton then created the seminar for the MFA students and called it INSIDE THE ACTORS STUDIO.