Pictured above: “Rococo Remastered: Sunset on the Empire”

Some of Noel Kassewitz’s paintings, photographs, and video art depict the act of floating. The construction calls attention to rising sea levels. Based in Washington D.C., her paintings and sculptures go beyond a pretty picture. They dig deep into pressing topics like environmental concerns. They have been designed to survive the effects of climate change. One of Noel’s goals in creating her pieces is making them “climate-change ready.”

Noel’s most recent pastel-schemed painting “Rococo Remastered: Sunset on the Empire” is inspired by a time when governing aristocracy actively ignored systemic imbalance. They also believed the Rococo style to be “silly.” Noel sees parallels between this period and ours today, as some governments have refused to acknowledge climate change. Noel was also drawn to reinvent the lavish Rococo style.

Noel’s upbringing is what sparked her love for art and all things nature. Today, she incorporates weaving, sewing, painting, and dyeing in her practice. Daughter to an artist and to a marine-park owner, her passion and appreciation for the arts and nature were molded at an early age. Noel’s mother and father integrated their individual expertise and studied intercommunication between dolphins and apes with humans. 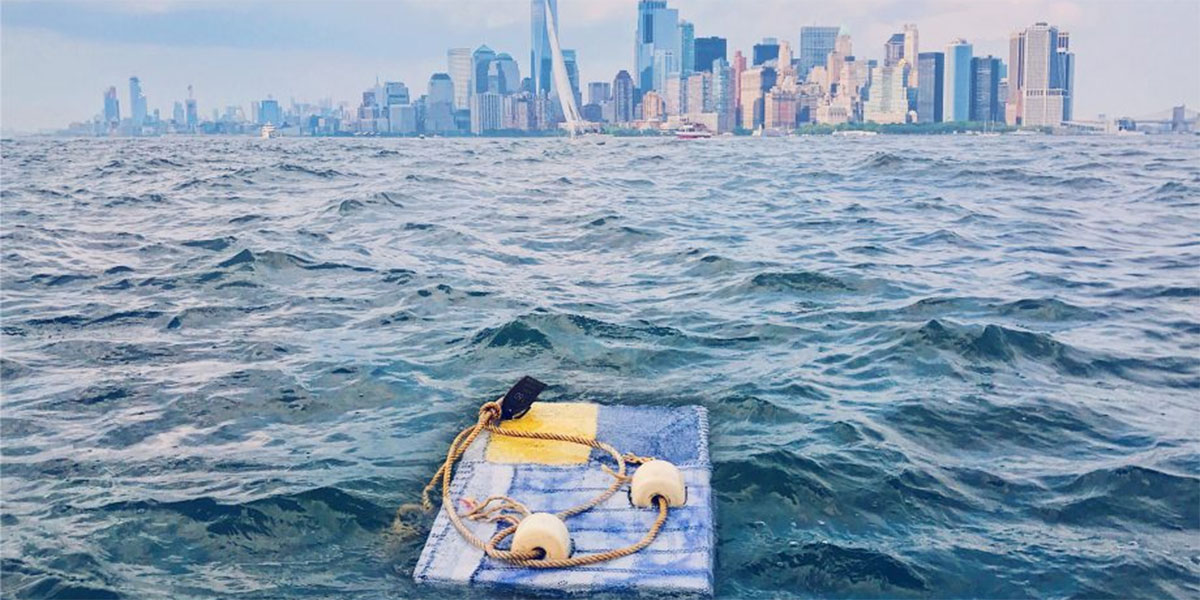 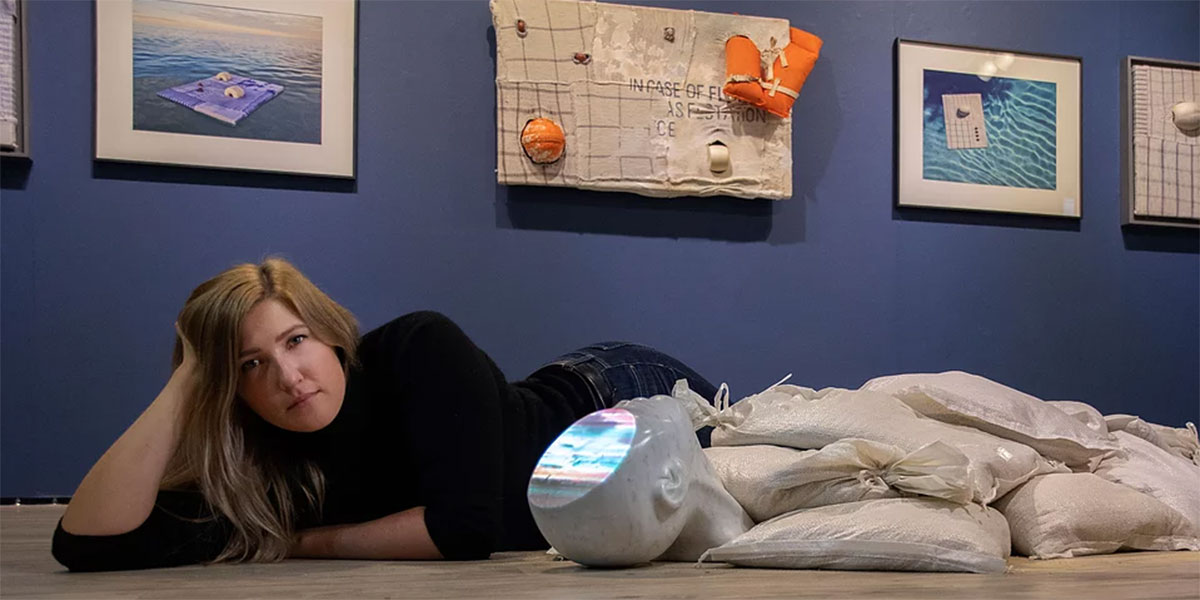 Noel learned from her parents that she would only be successful if she followed her passions and used her gifts to better the world. For Noel, that gift is in creating art that responds to current issues:

Expressing myself through art was oftentimes the only way I could explain the fragility, that concern, that determination I had to open people’s eyes to the world around us; to see the moments; to see the changes.

In 2016, she saw the world at its most vulnerable, from climate change, the Presidential election, and Brexit. In response, she moved to Washington D.C., where she believed she could make the most difference and began her artistry.

One of Noel’s many talents is her ability to comment on issues frequently ignored or talked about. One of her early pieces is an interactive painting that erodes as people interact with it. She views it as a reflection of the harm humans have inflicted on the Earth.

Climate crises continue to negatively affect the Earth every day, Noel couples her talent and wit to begin the crucial conversation about environmental and climate crises.